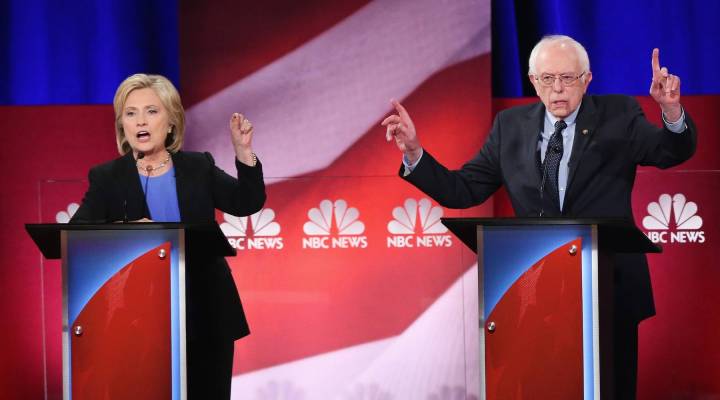 As the race for the Democratic presidential nomination wears on, it’s becoming something of a race to win the mantle of progressivism, with both Hillary Clinton and Bernie Sanders claiming the progressive values, but that term has always been tough to define.

The progressive movement started in the late 1800s.  It was an effort to get away from political bosses and make government more professional.

“To give more voting power to people,” said Price Fishback, a professor of economics at the University of Arizona. “To make government more professional, and to expand the use of government for helping people.”

That messiness can come in handy if you’re running for president. You can define it pretty much any way you want, and then offer up some economic polices you call progressive.

Emily Tisch Sussman, the campaign director at the left-leaning Center for American Progress Action Fund, said both Sanders and Clinton call themselves progressives on healthcare, with Clinton tackling drug prices.

“A piece of that is allowing the government to negotiate with drug companies on Medicare and Medicaid,” said Tisch Sussman.

And Tisch Sussman said Sanders is opting for universal healthcare, funded by the government.

“He’s saying let’s get to a place where we can have all single payer,” she said.

Clinton and Sanders also both advocate a higher minimum wage, and government help with college tuition. Sanders wants it to be free.

But is any of this doable? Not if you ask David Caputo, a professor of political science at Pace University.

“So I think both of them are overstating their case in terms of what they might be able to get done,” he said.

Caputo will be watching Thursday’s Democratic debate, but has no prediction on how many times the word progressive will pop up.