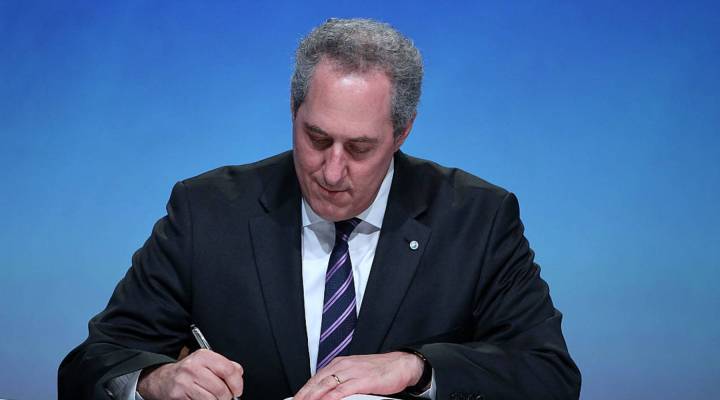 Pens were put to paper in New Zealand this week for a largely ceremonial signing of the Trans Pacific Partnership, a pending trade deal between the U.S., Japan and 10 other countries.

This signing does not make the TPP a go, in fact far from it. This signing is one step in a long process.  There’s also a big assessment of the deal in the works from the US International Trade Commission looking at the economic impact of this deal, expected in May. And Congress will need needs to vote on the new legislation that would put the trade deal into effect.

Amidst a rocky election season, the TPP has become a tricky issue for the lawmakers trying to pass the deal. Candidates on the right and the left are shying away from the TPP: Trump and Cruz on the republican side and Clinton and Sanders on the democratic are opposed to the TPP.

Traditionally, these trade agreements are a tougher sell to democrats. Especially in an election year, when democrats will be wary of upsetting supporters in organized labor and other voters who really don’t like this agreement. Meanwhile, Republicans, who are usually more supportive of this kind of deal, have been more tentative when it comes to the TPP.

So how will the deal move forward? Marketplace’s Tracey Samuelson charts the deal’s progress and explains what will happen to it down the road.

Listen to the full interview in the player above.