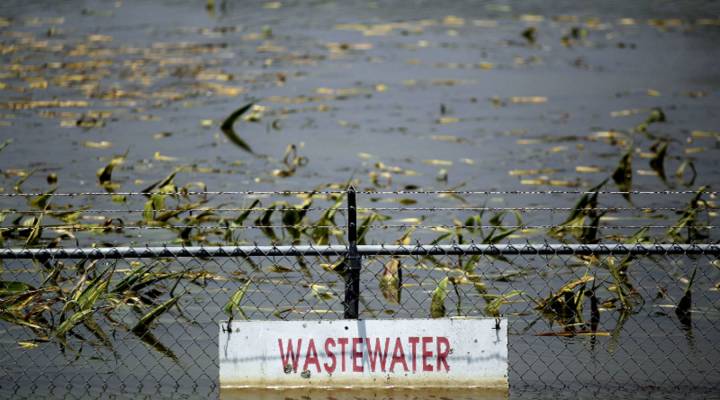 There are water shortages around the world. California is in its fourth year of drought. And no matter what the cause — global warming, or just a change in rain cycles — many people are thinking more about their water use. In the latest installment of our series, “I’ve Always Wondered,” a listener asked, “What happens to our water after we use it?”

Flushing the toilet is something we all do everyday. But after you flush and wash your hands, what happens next?

I asked David Keiser. He’s an environmental economist at Iowa State.“For about 75 to 80 percent of the households in the U.S.,” said Keiser “when the water goes down the drain or down your toilet, it goes through a really vast network of pipes, where it makes its way to a wastewater treatment facility, where it’s then treated before it’s discharged into a local waterway.”

Here in Los Angeles, that network of pipes is almost 7,000 miles long. And there’s a good chance that the wastewater ends up at the Hyperion Wastewater Treatment Plant.

It’s the largest one west of the Mississippi and covers 140 acres of beachfront property. On an average day, the plant treats 300 million gallons of water and discharges it into Santa Monica Bay.

Tim Dafeta, the plant manager, said much of the process at the plant is running water through a series of screens and filters.

The remaining water gets pumped with a bunch of oxygen to break it down. After that, it goes to the most visible part of the plant – 36 circular pools that house the water in the final stage of the treatment process. There are always birds hanging out in these pools because they know the water’s clean.

But those pools are only a fraction of the plant’s infrastructure. Most of it’s underground. James Mihelcic teaches civil engineering at the University of South Florida in Tampa.

“There’s almost 150,000 manholes and close to 50 pumping stations, so most of the underground infrastructure that serves that plant is quite extensive and most community members wouldn’t even know it existed,” he said.

But it’s those thousands of miles of sewers that people in Los Angeles are being told to use less, by saving water. Remember, there’s a drought out here. The irony is that as people flush less, it’s making Tim Dafeta’s job at Hyperion more difficult.

Because it’s not like this water can go untreated.

The Department of Water and Power fell short of its budget partly because residents reduced water consumption by almost 10 percent more than expected. So the commissioners approved a rate hike. It goes into effect this year. 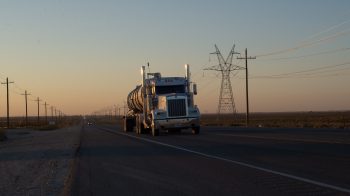 In the West Texas oil patch, a boom in drilling has led to a growing number of earthquakes