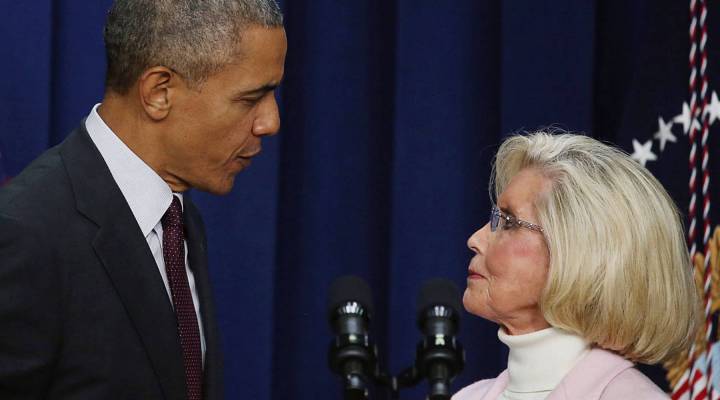 President Obama proposed on Friday that the government collect summary pay data each year from private companies with more than 100 employees.

This proposal comes on the seventh anniversary of the Lilly Ledbetter Fair Pay Act, which Obama signed in 2009. In 2014, the President signed an executive action on Equal Pay Day that mandated federal contractors to report salary data based on race and gender. Friday’s proposal extended the request for data, covering a total of 63 million private employees. Marketplace’s Kimberly Adams is reporting on how the administration’s proposal will impact businesses.

Last year, the hashtag #talkpay was created by Lauren Voswinkel, a software engineer from Pittsburg, to publicly discuss how much people get paid in an effort to “eradicate pay inequality.”

We wanted to know how our audience feels about sharing their salary:

Talking abt gender pay news now @Marketplace morning meeting. Disclosure, etc. So…would you tell us how much you get paid? On Twitter?

@kairyssdal @Marketplace Had a boss ('80's) who urged/warned us not to reveal how much we were paid. Knew then they were screwing the women.

@kairyssdal @Marketplace I would, yes. It's all about transparency. As a social media specialist, Midwest, white, young, female: $67K

@kairyssdal @Marketplace Tweeting your salary is like tweeting your weight. How much does it really mean w/o context?

@kairyssdal @Marketplace I don't even tell my family, just say good enough. Though everyone in my office knows what everybody makes.

@kairyssdal @Marketplace still, boomers run the place, and many depts have a "boys club" attitude at the top. Still work to do.