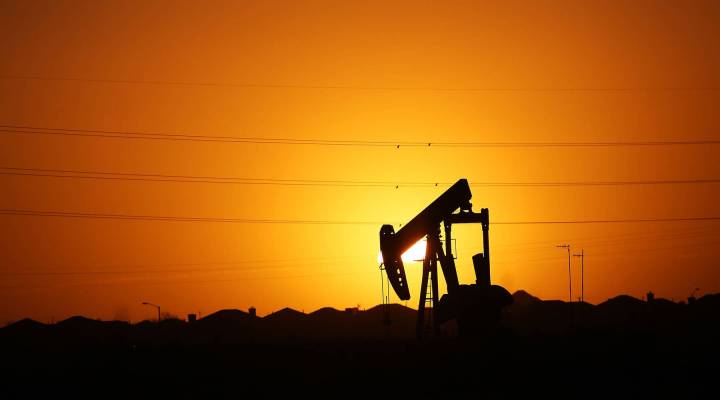 COPY
A pumpjack sits on the outskirts of town at dawn in the Permian Basin oil field on January 21, 2016 in the oil town of Midland, Texas.  Spencer Platt/Getty Images

A pumpjack sits on the outskirts of town at dawn in the Permian Basin oil field on January 21, 2016 in the oil town of Midland, Texas.  Spencer Platt/Getty Images
Listen Now

The price of crude oil closed up a small percentage this week, after a tumultuous year and a half to the downside.

As far as what happens next, plenty of market professionals look to past market busts for enlightenment. One narrative making the rounds in financial markets suggests the oil bust is the new subprime mortgage bust — and could last just as long.

One chart plotting the fall of crude prices appears to be a statistical dead ringer for a subprime mortgage index back in 2008. The technical correlation between the two is very high. But correlation is not causation.

Back when Ed Hirs, oil executive and economics professor at the University of Houston was in graduate school, his class held a competition for who could find the highest correlation, based on a measure known as R-squared.

“My classmate Mark Grinblatt regressed GNP growth against the incidence of sunspots and dysentery in Scotland,” Hirs said. “And he got the highest R-squared. So he won the case of beer.”

For the record, Grinblatt is now an award-winning finance professor at UCLA.

Hirs said drawing correlations is not inherently a bad idea. There is good and bad technical analysis. Sometimes past performance is indeed predictive, but not always.

Either way, energy professionals are looking for some sign for tomorrow.

“They’re not only looking for the length of the downturn,” said Spencer Cutter, energy credit analyst at Bloomberg Intelligence, “but the severity of the downturn to try to find where is the bottom. Because nobody knows what is the right price of oil. Is it $30 a barrel? $40 a barrel? $80 a barrel? There is no empirical right price.”