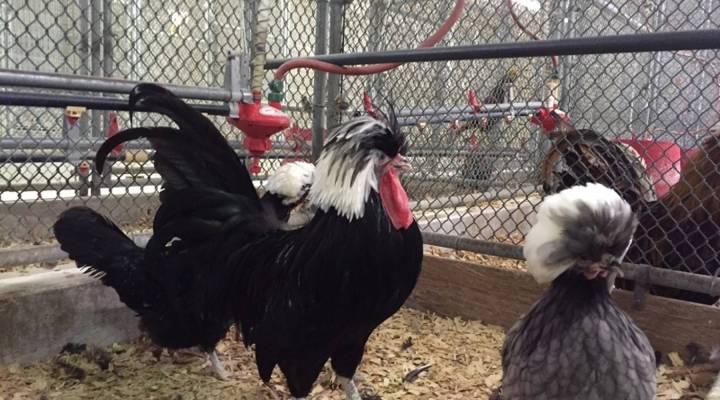 The U.S. took another step towards warming economic relations with Cuba on Wednesday. The Obama administration eased some financial restrictions, and U.S. firms can begin offering Cuban-run businesses credit. But this change doesn’t apply to agricultural commodities. And lifting the decades-long trade embargo with the island nation is still up to Congress.  That hasn’t stopped leaders in the state of Georgia from eyeing potential business opportunities

At the University of Georgia’s Poultry Research Center, poultry science professor and former department head Mike Lacy describes some of the 20 different types of chickens in one of the center’s buildings.

Mike Lacy heads the Poultry Science Department at the University of Georgia. He says Georgia leads the nation in poultry farming, producing about 1.4 billion meat chickens per year.

The center spans about 25 acres and has thousands of chickens for research — poultry is big business in Georgia.

“Some people have calculated that if Georgia were a country that we would be the 6th or 7th largest poultry-producing country in the world,” Lacy said.

In the United States, he said Georgia leads the nation producing about 1.4 billion meat chickens per year. Lacy points out a large grey and black-striped chicken behind a cage, the Barred Plymouth Rock.

“I call him sort of the John Wayne of chickens. Big, tall, rangy, All-American,” he said.

It’s the breed that’s used most for meat, and a lot of these “John Wayne-y” chickens are going abroad – or at least parts of them, including Cuba.

“Primarily what we export are the dark meat. The leg quarters, the drumsticks, the thighs, the whole legs,” said Jim Sumner, president of the USA Poultry and Egg Export Council, based outside Atlanta.

He says Americans might prefer white meat, but a lot of other countries prefer the dark. And the U.S. has been exporting dark chicken meat to Cuba for more than a decade, he said.

“In the last few years, Cuba has become about our fourth to fifth largest export market. It has been significant,” Sumner said.

That’s in spite of the trade embargo, because in 2000, the United States added an exemption for some agricultural products, like chicken, under the Trade Sanctions Reform and Export Enhancement Act.

And although the United States already sells some chicken to Cuba, there could be potential to sell more if that embargo is fully lifted, says Jennifer Harris, a senior fellow with the Council on Foreign Relations.

“What you’ve seen is an exponential uptick in trade with Cuba despite a lot of barriers that still remain,” Harris said.

Barriers like the Cuban government, having to pay up front in cash for poultry, she said. That’s still required under the embargo, though other payment restrictions were just removed.  “Imagine how much trouble any business would have in doing all of their business without any access to credit,” she said.

Harris said lifting the embargo could help the Cuban economy and create more demand for lots of goods including other cuts of poultry.

At The Cuban Diner, just north of Atlanta, owners Darian Perez and his wife Teresa hustle dishes out during a lunch rush. A table orders four plates of the mojito chicken.
“In Cuba, it’s just pollo asado. Here we call it mojito chicken because we’re putting the garlic sauce on top,” Perez said. “But basically it’s the fried chicken, pollo asado — that’s what very popular in Cuba.”

Mojito chicken is one of the more popular dishes in Cuba, says Darian Perez, who owns a Cuban restaurant just outside Atlanta.

But Perez said meat there is still really scarce. He immigrated to the U.S. about five years ago. “It’s very hard to find meat of any kind — beef, pork, even chicken,” he said.

Perez does hope things could change. He says he supports lifting the embargo, but doesn’t trust the Cuban government to improve the economy.

Some members of Congress have their doubts, too and it’s ultimately up to them to the lift embargo.

For now, Perez will continue to serve chicken dishes in Georgia, while the hope for some business leaders here is to someday serve more of them in Cuba.

Correction: A previous version of this story misstated Mike Lacy’s position with the University of Georgia. The text has been updated. 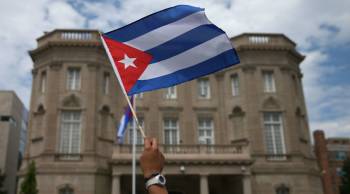