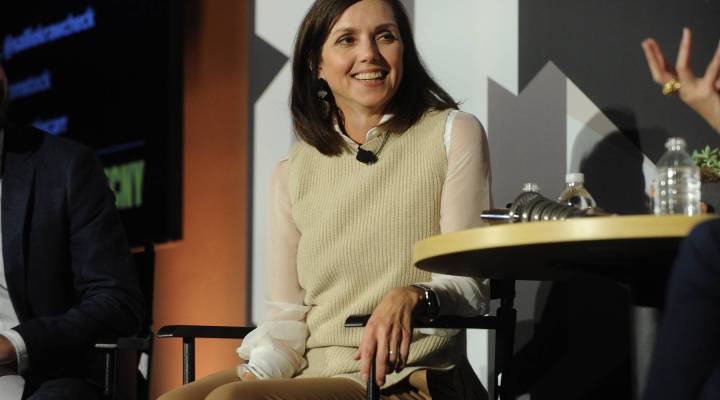 It’s not easy for a company to innovate when it’s more than 100-years-old. But that’s exactly the job that Beth Comstock has been tasked with at General Electric. Comstock was named Vice Chair for the company in August. She was formerly the Chief Marketing Officer. In her new job, she’s in charge of making sure the corporate behemoth, which has a hand in everything from mining to healthcare to media, stays as innovative as its smaller competitors. The company just released the 2016 GE Innovation Barometer, which gives more clues to where they might be headed.

Well we look at it and say, “What lessons can we learn? What’s happening in what parts of the world? How might that impact how we think about it?” Let’s take for example, several years ago we were seeing a growing trend of Saudi Arabia being more open for innovation and we were starting to see more of that in the country as well. We were doing more in health and energy and I think just that finding alone allows you the confidence to say, “Hey there’s an open environment here” and it allows us to go back to our partners and say, “You know a lot of folks in the market, in this country, are feeling the same way innovation is going to solve some of the problems, so let’s dig in here.”

On staying innovative at a company as large as GE:

Then the third thing you have to do is create the mechanisms to try some things out. So, we in our lighting business, which is GE’s oldest business – I mean you think of Thomas Edison and the lightbulb – that’s how GE got its start. One of the great things our lighting team did is they incubated an LED business. And thank goodness they did because now we’re able to quickly scale up and launch a new business – the first of its kind out of an hundred-year-old business.

It’s all about focusing more on our industrial roots but the big change for us was also embracing digital in the way we have. And when we talk about digital industrial it’s the industrial internet. How do you connect all of the great technology we make to the Internet? Why do you want to do that? Because when you start getting data you can analyze it, you can start to understand how machines work better and over time not only make them work better but make the businesses use them better. That’s exciting.

Why GE relocated headquarters to Boston, dubbed as the “Silicon Alley”:

I think in Boston you’ll see nodes of software, nodes of new kinds of businesses. When we announced it, we talked about creating and expanding efforts like life sciences which is a hot area in Boston, robotics. We’ve actually partnered with a number of robotics companies doing a lot in our labs. We see Boston as a good space for that. So I think you’ll see kind of a core leadership team, but a lot of new models being incubated and tested out in the Boston market.