The rise and fall of GoPro

The rise and fall of GoPro

There are a ton of GoPro commercials out there, all with some pretty exciting footage. Justin Haugen is a professional photographer in Tucson. He was impressed with the wearable cameras back in 2013 and picked one up.

“I kind of think of the GoPro as a one trick pony, but it is one trick that it does very well,” he said.

Here’s what GoPro admitted to in its IPO filing in 2014: “We depend on sales of our capture devices for substantially all of our revenue, and any decrease in the sales of these products would harm our business.”

“Because, in the case of GoPro — it has run into some of these risks it set forth in the prospectus,” she said.

Revenue risks and also the fact that established companies like Samsung, Apple, Panasonic and Sony flexing their muscle in the camera market. But Smith said there was a lot of momentum when GoPro debuted.

“And investors got so excited to see how fast the company grew,” she said.

So, how does GoPro regain that momentum? After all, it’s sold close to 15 million cameras. Nizar Tarhuni, an analyst at PitchBook Data, said GoPro needs to find the right medium — be it with content or software — to get people to buy their cameras.

“You know they’re in that place right now where they understand, look, the units aren’t going out the door the way they used to be and they have to get to a place where they can bridge, and get the content that their products capture and be able to get that onto a platform that they can monetize,” he said. 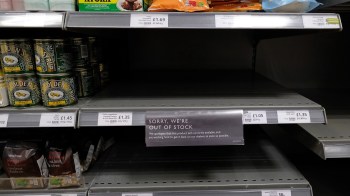