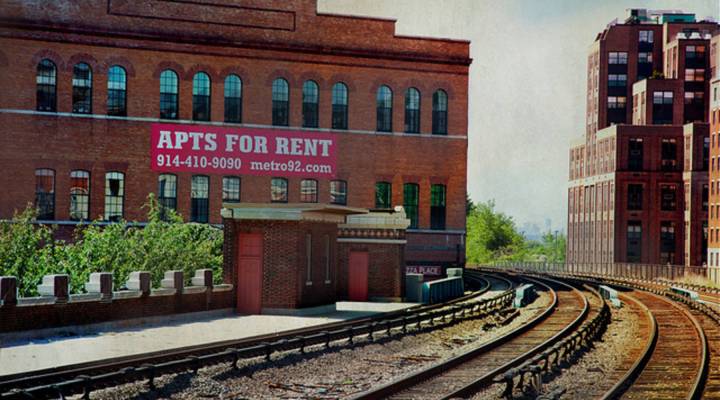 COPY
The fight over building low-income housing often is a debate over property values. Yonkers, New York, is one such battleground. June Marie/Flickr

The fight over building low-income housing often is a debate over property values. Yonkers, New York, is one such battleground. June Marie/Flickr
Listen Now

The fight over the court order was resurrected onscreen in the series “Show Me a Hero,” on HBO last summer. In the series, residents of middle-class neighborhoods air their grievances over the introduction of low-income housing, saying they fear it will bring drugs and crime to their neighborhoods. Residents had another fear: their housing values.

“The biggest fear that owners had was the potential that the value of their housing would go down,” said Joseph Shuldiner, executive director of the Municipal Housing Authority in Yonkers.

Shuldiner said at one point, the HBO series was filming in Yonkers, right by the low-income houses that were built as a result of the court order.

“And right there, they were building new houses; $650,000 a house,” he said. “At least in this particular instance, we can demonstrate that our [low-income] housing did not reduce the value of the housing in the neighborhood.”

That perception that introducing low-income housing might negatively affect home prices was not, and is not, confined to Yonkers.

Rebecca Diamond is a professor of economics of Stanford University. She has looked into what had happened to housing values in towns and cities across the country when low-income homes were built nearby.

She said her research showed that home prices in middle-class neighborhoods did tend to decline in value, but not by a lot. And only houses that were very close to the low-income homes took the small hit.

“If there was a house worth about $200,000 before the development of a low-income housing site, [and] the lower-income housing site gets developed down the block, or within a tenth of a mile, after 10 years we’re looking at about a 2.5 percent decline in house prices,” Diamond said.

For houses a half a mile away or more, her research showed no decline at all.

Diamond also looked at what happened when low-income housing was built in poor neighborhoods.

“When you build low-income housing in those areas, it acts as investments in the community, and it creates a revitalization effect,” she said. “We find house prices going up in those areas up to about 8.5 percent or so after 10 years.”

Diamond found there were also drops in crime and increased racial diversity.