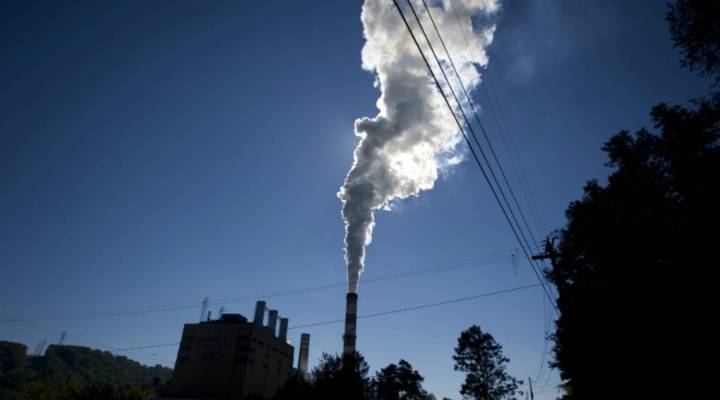 The cost of cleaner power

The cost of cleaner power

The world’s nations agreed in Paris on Saturday to reduce greenhouse gas emissions globally. But the overall agreement is voluntary, in part at the insistence of the Obama administration, because Republicans in Congress have vowed to block any global warming agreement.

Instead, the Obama administration has proceeded with the Clean Power Plan, a set of rules from the Environmental Protection Agency aimed at curbing carbon emissions from power plants.

That plan has met opposition from Congress, run into lawsuits, and faced debate over its benefits. On Dec. 1, the House passed two resolutions against the plan, pushed primarily by Republicans who say that it will destroy jobs and raise electricity costs.

States have to submit a plan to the EPA by 2016, with the possibility of an extension. Otherwise the EPA will determine a plan.

The plan gives states flexibility in that they can close coal-burning plants or build more wind, solar and other renewable energy projects.

Many people see natural gas as a transition energy because it emits less carbon than coal, but the benefits are controversial, with some environmental activists saying that the energy source still contributes to climate change.

Natural gas also could strip away investment from the development of cleaner sources, such as wind and solar power, said Mark Jacobsen, an associate professor of economics at the University of California, San Diego.

“You might end up with a slower transition to this eventual green future that we hoped. That’s the risk with installing too much natural gas,” Jacobsen said. “But there’s no question it’s cleaner than coal.”

Price of the plan

How much the Clean Power Plan will cost has been up for debate. The EPA says the plan will result in climate and health benefits of $25 billion to $45 billion in 2030.

Much of this is health savings. By helping to minimize exposure to particle pollution and ozone, the Clean Power Plan can avoid an estimated 1,500 to 3,600 premature deaths and 1,700 hospital admissions in 2030, according to the EPA.

However, various experts have disagreed, saying that the price of reducing emissions will be much higher than the EPA suggests, and that the regulations could cost up to $300 billion between 2022 and 2033.

Catching up with the market

As part of the Clean Power Plan, states can help each other out, banding together to share responsibility for emissions reductions.

“One state could essentially pay another state to reduce its emissions beyond its target, and then take credit for it in their own obligation,” said Adele Morris, a senior fellow and policy director for the Climate and Energy Economics Project at The Brookings Institution.

Several states in the Northeast and Mid-Atlantic have already set up their own collaborationto reduce greenhouse gas emissions in the form of the Regional Greenhouse Gas Initiative.

The initiative, which includes Connecticut, Delaware and New York, operates as a cap-and-trade system, where carbon dioxide emission credits are sold, and the money is then used to fund investment in energy efficiency and renewable energy resources.

According to a report released this July, the states in the initiative added “$1.3 billion in economic activity” to the region between 2012 and 2014.

Some in the energy sector say that the roll out of the Clean Power Plan coincides with an already changing market, away from coal.

“Natural gas has become much cheaper due in part to a change in the markets and the abundance of natural gas in the United States,” said Gabriel Pacyniak, the climate change mitigation program manager at the Georgetown Climate Center. “We’ve also seen a lot of carbon pollution reductions because of the tremendous growth of renewable energy.”

The emissions targets assigned to each state differ, with some requiring carbon dioxide reductions by a couple of million tons, and others as much as 51 million tons.

Three “building blocks” factored into the calculation of these targets, including how efficiently a state’s generators could burn coal, and how much a state could increase both natural gas and renewable energy generation, said Rachel Jiang, an environmental and power markets analyst at Bloomberg New Energy Finance.

Target estimates have not been set for Alaska, Hawaii, Vermont, Washington, D.C., Guam and Puerto Rico.

Vermont and Washington have no “affected electric generating units,” Melissa Harris, a press secretary for the EPA, said in an email, adding that renewable energy and energy efficiency projects in the state and district can participate in the rule by providing emission credits to other states.

For the other regions, the EPA did not have the “appropriate information and analytic tools to quantify the best system of emission reduction for these states and territories,” Harris added.

So which states will be most affected by the Clean Power Plan’s regulations? Jiang said Montana and West Virginia may have trouble because of their dependence on coal.

Ultimately, gauging how easy or hard a state will be hit by the regulations can be difficult to determine because of the different paths states can take to achieve the targets, Adele Morris said.

“So, for example, one state might have to make a bigger percent cut, but they might have a lot of potential for wind power,” Adele Morris said.

The EPA is using its authority under the decades-old Clean Air Act to promulgate the Clean Power Plan’s regulations, Morris said. But several states, companies and advocacy groups, including the American Coalition for Clean Coal Electricity, are challenging it.

“We think eventually we will win in court, because EPA has overplayed its hand so badly on this,” said Paul Bailey, the senior vice president of federal affairs and policy for the American Coalition for Clean Coal Electricity. “But it could take a couple of years.”

Some utility companies that have tried to help block the Clean Power Plan, though, are now reinvesting part of those efforts elsewhere.

American Electric Power, a utility that operates in 11 states that include Virginia, West Virginia and Tennessee, has decided not to renew its membership in the American Legislative Exchange Council, a group that’s actively tried to prevent the Clean Power Plan from taking effect.

The utility is still involved in the legal challenges of the plan through its membership in the Utility Air Regulatory Group, but will continue trying to help states meet the plan’s rules, said Melissa McHenry, an AEP spokeswoman.

“AEP is actively encouraging the states where we operate to develop CPP compliance strategies, and we will be working with state agencies during that process,” McHenry added.