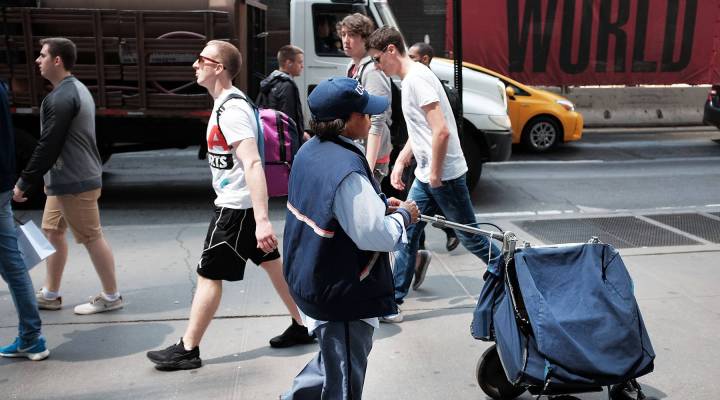 COPY
A Postal Service worker is viewed in lower Manhattan in New York City. Monday is the year's busiest mailing day according to the U.S. Postal Service. Spencer Platt/Getty Images

“The volume of first class mail peaked in 2001, and has been declining ever since,” said Rick Geddes, a professor in the Department of Policy Analysis and Management at Cornell. “And now I think it’s declined by well over one third.”

Online shopping, though, has increased the number of parcels. This year, the Postal Service projects it will deliver 600 million packages between Thanksgiving and New Year’s Eve. And parcels are a different ballgame than letters.

“It’s one thing, putting a fistful of letters in a mailbox,” said John Callan, managing director of Ursa Major Associates. That’s a postal and parcel consultancy. “If you’ve got to put a parcel in there, or take it to the front door, that’s a higher cost.”

And so, mail carriers find themselves going from the mailbox, where parcels often don’t fit, to the front door, then back to the post office if there’s no one home. It adds up to more hours logged.