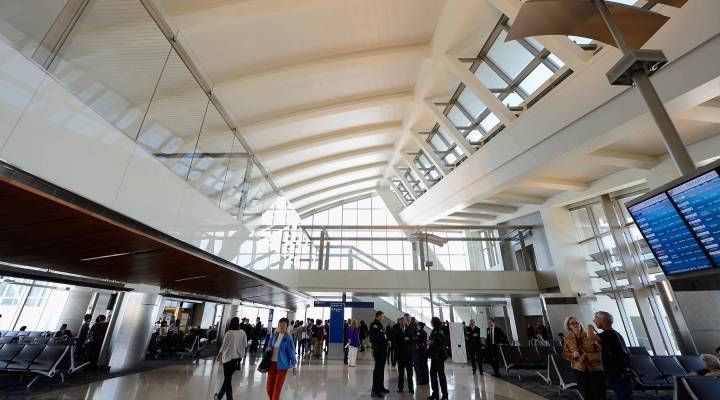 LAX is building a terminal for the rich and famous

LAX is building a terminal for the rich and famous

The Los Angeles International Airport (LAX) will soon have a new terminal, but it’s not for regular folks. It’s for celebrities, diplomats and wealthy travelers who are willing to spend bucks for their own lounge, security lines and the ability to avoid the rest of the flying public.

We thought travelers might find this unfair, but a quick trip out to LAX proved us wrong. Most people said they were fine with it, as long as it wasn’t being built with their tax dollars.

Celebrity photographers feel differently. Giles Harrison is a self-described member of the paparazzi, whose colleagues were talking about the terminal on Facebook.

“Basically they were saying they could kiss their opportunity for getting pictures at the airport goodbye,” Harrison said. “I don’t wholeheartedly agree with that but it will certainly make getting photos at LAX of celebrities who don’t want their photos taken a lot more difficult.”

Mary Grady, the Managing Director of Public Relations for Los Angeles World Airports, the city entity that operates LAX, said the terminal is modeled after one in London that caters to the royal family. In L.A., a different type of royalty leads to airport congestion.

“We will have Korean pop groups come through, and the fans find out,” Grady said. “And the next thing you know, you have 300 fans who have shown up to the airport.”

The terminal is being built and paid for by a private security firm called Gavin de Becker and Associates. And Grady is quick to stress that it is not reserved solely for celebrities.

“Anybody can use the terminal,” she said. “The fees will be set by Gavin de Becker and Associates. It’s not just for celebrities. It’s really for anybody who would be willing to pay the price that they set.”

Grady says that will add up to about $3.7 million in revenue each year. She says the money will be used to make improvements to other, less elite parts of LAX.