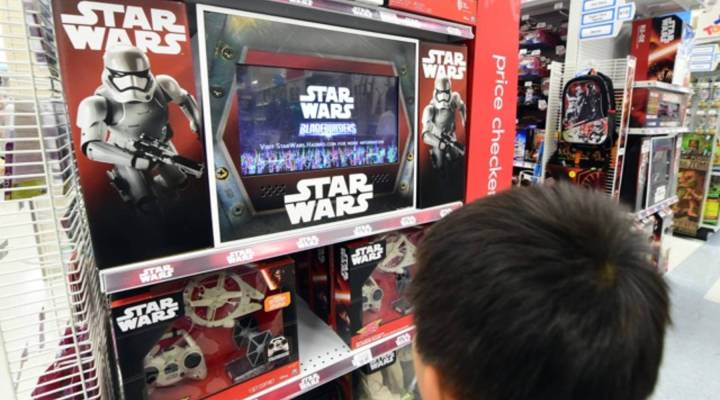 The toy industry is expected to have what may be its best sales year in a decade.

In the first half of 2015, the toy industry grew by 6.5 percent, or $400 million, according to The NPD Group, which tracks sales. Some of the reasons are obvious. Consumer confidence has improved, gas prices are down, and consumers have a bit more discretionary income. And of course, there are the toys themselves.

Sean McGowan, Managing Director at Oppenheimer and Company, says in the first half of this year toys from Disney’s blockbuster “Frozen” were a hot seller, adding “the second half should be driven by this juggernaut called Star Wars.”

Jim Silver, the CEO of TTPM, expects Star Wars to sell a lot of toys this year, and not just to children.

“Star Wars has a huge collector base,” Silver said. “There are people collecting Star Wars merchandise for close to forty years. So we see a lot of high-ticket items.”

Another plus for the industry is new interactive toys. Mary Couzin is the CEO of the Chicago Toy & Game Group.  She says the toy industry is increasingly leaning on technology to coax kids away from their smartphone and tablet screens.