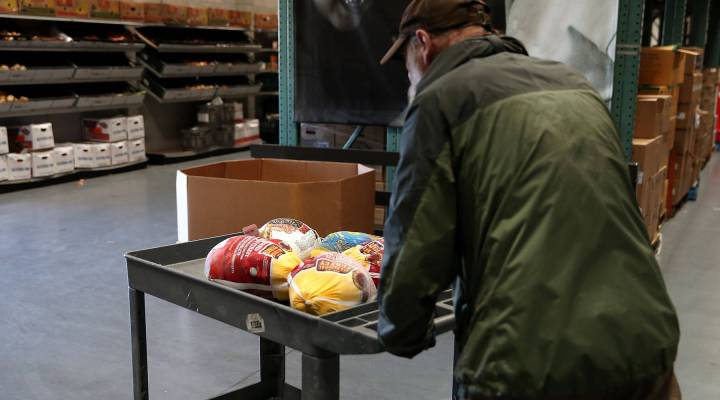 Food banks gear up for Thanksgiving

Food banks gear up for Thanksgiving

For many food banks, the holiday season is a good time to ramp up the collection of donations.

The holidays tend to spur generosity.

“When we’re advertising and we say we need 100 turkeys or we need 50 pies or we need so many bags of dressing, people respond,” said Ron Busroe, national secretary for Community Relations and Development at the Salvation Army.

What perplexes advocates for America’s poor is that even as the unemployment rate declines and other economic indicators point toward a recovery, the number of people showing up at food banks remains stubbornly high.

And, Fraser added, many of those who need food assistance are employed.