Don’t worry, be happy! Or else you’re fired.

Don’t worry, be happy! Or else you’re fired.

Cara O’Regan’s former job will probably sound pretty familiar to a lot of people. “We were encouraged to be positive and put a positive spin on things whenever possible,” she said.  O’Regan worked in retail sales.

It is an industry in which the customers are always right but not always. . . . nice. “Their responses would be out of proportion to what was actually going on, taking their own stress and psychological distress out on us,” O’Regan said.

But she faked a positive attitude to do her job. More accurately, faking it was her job. “You know, always with a smile on your face — a lot of clapping involved,” she said. “Clapping for the customers, clapping for our co-workers — any excuse to applaud anyone.”

There’s a term for this kind of faking it: emotional labor.

It may sound like emotional labor is just a fancy term for most of life and every job ever. But Grandey said it’s different: “It’s an ongoing, constant expectation for eight hours. It’s the central aspect of what you’re doing and whether you’re doing it well.”

And we demand it as a society. Ask barista Zach Hernandez. “One of my coworkers was helping a customer with their gelato,” recalls Hernandez.  “A few days later, we found a posting on Yelp with this coworker’s picture on it saying that he was coming across as unhappy, uncouth, and [the customer] felt wronged by that.”

Grandey has done research suggesting faking happiness all day long is emotionally taxing. Faking it, she argues, creates a sense of dissonance between internal and external states over long periods of time “and that’s been shown to create physical tension which can build up and create health issues, and over time result in job burnout.”

Moreover, she argues the people asked to do this kind of work are often neither paid much nor respected. “Often these kinds of workers get mistreated by customers,” said Grandey, “and they still have to maintain that smile. There’s an uneven exchange.”

Grandey takes a dim view of employer policies requiring emotional labor. “Do we really need to have this Mickey Mouse culture in America, like this sense that everything is like Disney and everyone is on stage at all times? Do we really need that? Can we just be real with each other every once in a while?

Faking your way through your job doesn’t always have to be awful.  Several researchers have highlighted the instances and ways in which it can be rewarding – if you believe in it.

Blake Ashforth, professor of management at Arizona State University, gave an example. “I was talking to a dietician, and she believes passionately in the importance of helping people lose weight. But sometimes her clients don’t believe they’re going to lose weight, ’cause it’s hard to do. So she said she has to come across as upbeat and positive, almost like a cheerleader.”

Other examples are teachers who have to be patient with students and nurses who have to be positive for patients. For them, faking it something to be proud of, something important and right. Ashforth argues that job fit is an important part of making emotional labor less taxing and more fulfilling, adding that extroverts are usually better at engaging with their jobs in this way.

“If you get people who care about the job, and the job itself allows them to express themselves, there’s autonomy with supportive management and a positive atmosphere, it can be a win-win,” Ashforth said.

Researchers focus on different types and qualities of emotional labor, and where they place the emphasis — the bright side or the dark side. One thing they do agree on, for employees and clients alike, is showing the person on the other side some empathy.  You never know the kind of day someone’s had. 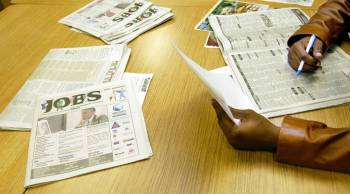 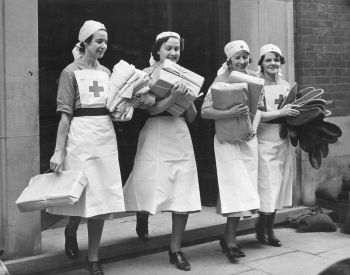