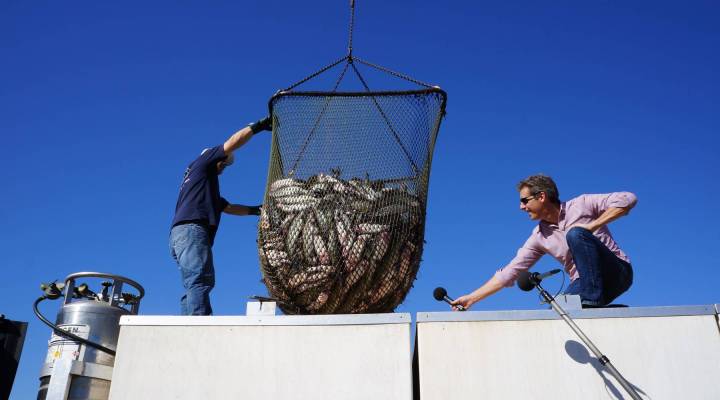 My Economy: Hard work, risk and opportunity in Alabama

My Economy: Hard work, risk and opportunity in Alabama

The American economy looks pretty good on paper right now. We’re adding jobs – not as many as we’d like – but we’re adding them. The country’s gross domestic product is expanding — again, not as fast as we’d like, but it’s growing.  Wall Street is doing pretty well. Corporate profits are up. The recession ended five and a half years ago.

But it sure doesn’t feel that way to a lot of the country.

There are real reasons why. Real wages haven’t grown in a year. Median income is stagnant. Income inequality is higher now than it’s been in generations.

For the next year, we’re going across the country to listen to you.  Our year-long series called My Economy zooms in and tells the story of the American economy — and the new economic normal — through the stories of people trying to make it in this economy.  Because we know the only numbers that really matter are how your economy is doing.

Our coverage will be informed by a series of Marketplace-Edison Polls, surveys that measure people’s worry about their current and future financial condition, their fears about job security and their concerns about meeting their expenses.

A water tower in Greensboro, Alabama boasts that the town is the “Catfish Capital of Alabama.” (Tommy Andres/Marketplace)

For our first installment, we decided to head to Alabama. Tuscaloosa has just above 5 percent unemployment, which is what the government considers “full employment.” It also happens to be almost dead on the current national average. But the Metropolitan Statistical Area, as labor statisticians like to call it, includes towns – and economies — of all sizes.

We started in Greensboro, population 2,500. The water tower at the edge town boasts that it is the “catfish capital of Alabama.”

Marketplace listeners may be familiar with one of the biggest names in Alabama catfish, and a well-known resident of Greensboro. Townsend Kyser runs Kyser Family Farm with his dad Bill and his brother Ashley. They raise 5 million pounds of catfish in 50 ponds spread out over 850 acres just outside of town.

Bill Kyser was the first commercial catfish farmer in the state of Alabama, but despite nearly five decades of being in business, Townsend says during the recession, the family was worried the business might not survive.

“Three, four, five years ago,  it was pretty tough,” Townsend said. “There are a whole lot of factors that came into play. The price of grain doubled. The cost of diesel fuel and electricity doubled and it took two, two and a half years for the price of catfish to catch up with that. As it caught up with that some other species came in and robbed a few of our markets.

But today, Kyser said business is getting back to where it was before the recession. His family is starting to regain some of the ground they lost, but he says they’ve had to diversify to stay strong. Along with catfish, the Kysers raise more than 500 head of cattle, farm some 400 acres of soybeans and tend nearly 600 acres of timber.

Bill Kyser said he thinks in a lot of ways his sons have it harder than he did.

Townsend said his company has grown from three employees to 25, now with several managers that oversee operations. But he notes that Kyser Family Farms is doing, “maybe as well” as his dad was doing three decades ago.

THE (ONCE GREAT) CATFISH CAPITAL OF ALABAMA

Greensboro used to be somewhat of a hub for low-skill manufacturing jobs. Southern Pride ran one of the largest catfish processing plants in the country out of the town, but closed it at the dawn of the recession.

The Heartland Catfish Company now owns it, but the processing equipment sits idle. The facility is only used for packaging and operates with a fraction of the employees it once did.

During our visit we hit the streets of downtown Greensboro, which like a lot of small towns is mostly along one intersection. In this case it’s Alabama State Routes 69 and 25.

A Hardware store in Greensboro.

It was early afternoon on a Wednesday and there was nobody around. “They’re dead asleep until at least after lunch,” Katherine King told us. She owns The Family Closet, a resale and consignment shop on Main Street. King says she moved here from St. Louis three years ago and opened up the shop, but it’s been a tough go.

“In a small town it is very hard for a business owner to what I would say, truly survive” King said. “Now, sure you’ve got bigger stores, this is just a resale shop here, but you’ve got other places, you know, here in town. Been here for years … they’re surviving, but people have to want what you have. They have to not only want it, they have to need it, and if they don’t need it, they’re staying home.”

On the national economy, King’s opinion is even more dire.

“It’s horrible. The economy is horrible,” King said. “I think we are just on the verge of falling in again, and that’s the honest to goodness truth. I have had this talk with Lily (an employee), I said you better stock up on things that you need to stock up on to survive, you need to make sure you have money in the bank, and make sure you have some under the mattress because your money in the bank may not be any good. This is not a very good economy right now.”

At the town’s public library we ran into 22-year-old Michael Long. He had just gotten a new job and was filling out some paperwork his new company wanted him to complete online. We asked him how he was getting by:

This story is the first part in a tale of two cities. Our next installment heads just up the road, 35 miles or so north on Highway 69 to Tuscaloosa. Again, it’s that same Metropolitan Statistical Area, which means it has the same economic statistics. But it sure feels a whole lot different.

Where should we go next? Tell us about where you live and we may come your way.