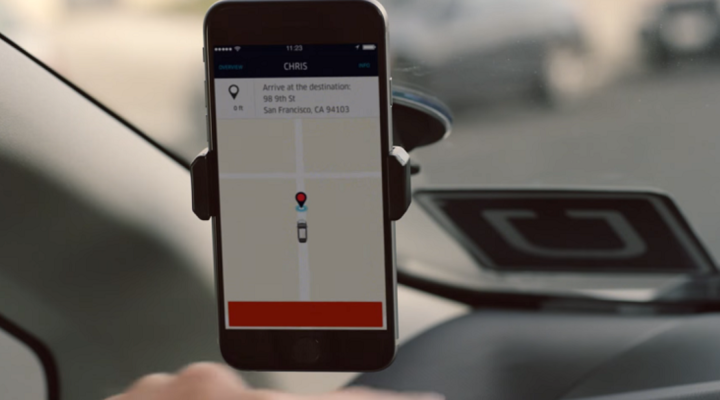 David Plouffe was one of the major architects that helped map out the road to the White House for then-Senator Barack Obama in 2008 when he served as his campaign manager. Now in his current role as a strategy adviser for the ridesharing app Uber, the former politico is touting the positive effect of the company and similar services in driving the larger American economy.

The company has come under fire for treating its drivers as independent contractors instead of employees, meaning less legal liability and costs for Uber. But in a speech given Tuesday at the tech incubator 1776, Plouffe responded to the criticism by pointing to data that shows that for most drivers, the company provides a flexible way to earn some extra cash. Marketplace host Kai Ryssdal spoke to Plouffe about concerns regarding the company’s treatment of its drivers, as well as Uber’s place in the emerging “gig economy.”

Plouffe on his Uber speech:

Well, I think we have not in a holistic way lifted the hood so to speak, and talked about the economic activity that we’re seeing on the Uber platform. You know, half our drivers drive less than 10 hours a week to supplement income. If they get into a jam, it’s a quick way to spin up some income. So we thought it was very important just to lift up the hood a little bit, share some of our data, and talk about how people are using the platform — not so much to get around town, but how to improve their economic situation.

Why Plouffe thinks the rise of Uber is so significant:

Well, I think we’re on the leading edge of it, sure. But you know there’s a lot of different platforms out there, a lot of different models. But obviously I can only speak authoritatively about ours. But I do think , listen, this desire for flexibility has been a chief goal of U.S. policy makers, certainly, for decades, and it’s been a chief desire of people for a very long time. There’s a big debate now about, you know, so-called on-call scheduling. The thing about Uber and most of these platforms is there’s no schedule at all. And that sense of control, where you fit this around everything else in your life, is pretty powerful.

On criticism about the lack of benefits Uber provides to its workers:

Well, first of all, I think if you look at most of our drivers, most of them…have other sources of income, either they or their spouse. Many of those jobs are providing benefits. You know, some people are going to drive with us for a very long time, many don’t. We have a lot of people come on the platform for six months or a year. We all have a huge spike in drivers heading into the holidays. And so when you think about wage stagnation, when you think about underemployment, that’s where these platforms come in when you give people the…easy ability to spin up money very, very quickly.