We’re trying something new here on Marketplace Weekend that we’re calling Local Money. We want to hear about the stories happening in your neighborhood that you think more people need to hear about. Submit your idea here.

A battle over outdoor patio hours at bars and establishments in downtown Raleigh resulted in a fairly … interesting advertisement being placed in a local newspaper ahead of local elections.

We were tipped off about the story from one of our followers who wrote to us:

Jeffrey Billman, editor-in-chief of Indy Week, the alternative weekly paper in the Research Triangle area in North Carolina, came on the show to explain the battle to those of us not in the area.

The story of downtown Raleigh is that about a decade ago, it was more or less dead. There wasn’t a lot of activity. So the city, you know, did a lot of things, but one of the things it did was encourage bars and restaurants, hospitality businesses, to set up shop down there. And they did, and the rules were kind of lax, generally to encourage people to go downtown for the first time in a while. And it happened, and it was successful, and now there are a lot of people that go downtown. The competing thing about this is in the last couple of years, especially since the end of the recession, a lot of condo towers have gone up as well, so you have a lot more people living downtown, and you have a lot more “revelry” happening downtown. And those two things tended to conflict with one another, and it really has come to a head this year.

Click play above to hear more about this story. 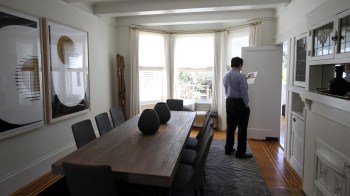