Starting Tuesday, shoppers at Tommy Hilfiger’s flagship Fifth Avenue store will be able to roam the store and check out the fashions for real or strap on a virtual headset and grab a virtual front row seat for the retailer’s fall fashion show.

The hope, according to the company, is that they will do both. The chance to try out virtual reality will lure them into the store, and once they’re there, the real merchandise will do the rest.

More and more retailers are thinking the same way: Use VR as high-tech catnip, to encourage consumers to check out their products.

Take Jeep. It worked with the virtual reality producer Specular Theory to create an experience “where you literally become a surfer,” said CEO Morris May.

What exactly does virtual surfing have to do with selling Jeeps?

In order to see the VR production, you have to sit inside the Jeep.

“So it draws a lot of attention to the product,” May said.

Retailers are still in the early days of figuring out how to make virtual reality work for them.

But, the potential is huge, said Adrian Slobin, vice president  of marketing firm SapientNitro. Imagine, he said, that instead of shopping for a dress at your favorite boutique, you would use VR to shop for a dress in the designer’s studio in Milan. You could see the fabrics, the styles and maybe even peek at what’s coming next season.

And, when you land on a dress that you like, you could buy it.

It may sound like virtual reality could destroy the same brick-and-mortar stores that are using it as a lure today. Slobin doesn’t think so.

“The brick-and-mortar store is sort of like TV,” he said. “Everyone is very willing to predict its demise, but somehow it lingers.” 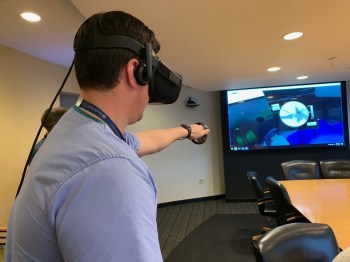 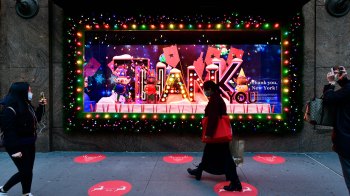