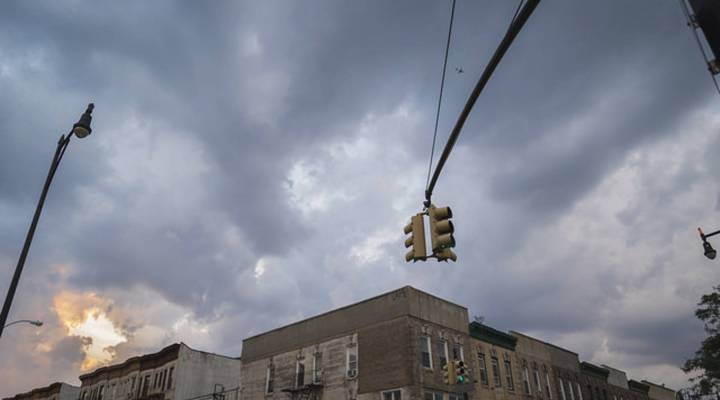 Walter Simpson calls the framed family pictures that decorate his living room wall the “wall of fame.” There’s his niece, his mom and an aunt who has since passed away. Simpson has lived in a two-bedroom apartment in Crown Heights, Brooklyn since 1988, when he was a teenager. Back then, crime was much more common.

“When you went on the trains, for instance, you were worried about getting your chain snatched,” Simpson said.

Crown Heights was affordable then, and the rent Simpson is currently paying, $1,200 a month, is a holdover from that time. He works as a customer service representative for Verizon, and the current rent suits him fine.

Last year, Simpson’s building was bought. Simpson said the new landlord wants to raise his rent to around $2,200.

Renaissance Realty Group, the company that owns the building, had no comment.

Simpson has argued that his previous lease offers him legal protection, because of the way it was drawn up. In the past, he paid “preferential rent.” That means when the previous building owners listed the market rate for the building, they noted in the lease that they were charging Simpson significantly less than market rate.

Housing lawyers say this is not uncommon in neighborhoods where there is a gap between what a landlord theoretically might get for an apartment and what the market can bear. Simpson lost his case in court, but nonprofit lawyers with South Brooklyn Legal Services are appealing the decision.

If he loses again, he’ll likely need to find another place to live.

Evictions are a problem across New York City. Around one third of New York families in homeless shelters are there because they’ve been evicted. Accordingly, nonprofit legal services groups were thrilled when Mayor Bill de Blasio announced he was committing an additional $12.3 million to a handful of agencies to help them bolster staff and resources to prevent evictions.

Lawyers say housing court is confusing, time-consuming and anxiety-inducing. Legal help is crucial for New Yorkers who don’t understand the complexities of the city’s housing law. As many protections as there are for renters, there are ways of trying to get around them.

“The tenants, I think, feel very intimidated when they go into housing court,” said Veronica Cook, a staff attorney at South Brooklyn Legal Services who is one of Simpson’s lawyers. “They feel like the system is stacked against them, because it’s a zoo.”

Simpson, at the very least, has lawyers working on his appeal.