Minimum wage hike puts a city at odds with lawmakers

Minimum wage hike puts a city at odds with lawmakers

Bettie Douglas could barely contain her excitement when St. Louis raised its minimum wage. Dressed in her black McDonald’s uniform, Douglas crammed into St. Louis Mayor Francis Slay’s office earlier this year after the St. Louis Board of Aldermen approved legislation raising the city’s minimum wage to $11 an hour by 2018.

After Slay signed the bill into law, Douglas predicted it would mean a little more money in her pocket — and a lot more piece of mind.

“I need to be able to eat, be able to take care of myself,” Douglas said. “And I can see in the future I won’t have to rob Peter to pay Paul.”

With a stroke of Slay’s pen, St. Louis joined more than 25 cities and counties that raised its minimum wage independently from the rest of the state. It’s part of a nationwide movement that’s struck a chord with labor unions, left-leaning activists and Democratic politicians like St. Louis Alderwoman Megan Green.

“I don’t think that any person who works 40 hours a week should be living in poverty,” Green said. “And that’s what we have right now. Somebody who’s making minimum wage is earning $16,000 a year roughly. You can’t raise a family on that. You can’t get an apartment on that — at least not a decent apartment. And it makes it very difficult to break that cycle of poverty.”

But St. Louis’ minimum wage push came with a big catch. Not only is the new law facing a fierce legal attack from businesses and business groups, but it’s being met with some serious push-back from the Republican-controlled Missouri General Assembly.

If St. Louis’ minimum wage law survives a legal challenge, the city could have a higher wage scale than the rest of the state. That’s alarming enough for Cooperative Health Care owner Mitch Waks to threaten to leave St. Louis if the minimum wage hike goes into effect.

“If the economics force us out of business, what is the alternative?” Waks said. “Well, you can start caring for your mom, and I applaud that.”

Some St. Louis aldermen who opposed the minimum wage bill, such as St. Louis Alderman Antonio French, felt that the city was putting itself at a major competitive disadvantage. He thought it was a mistake to go through with the wage increase without surrounding counties following suit.

“I want people to remember this vote today, how we’ve changed the economy in the city of St. Louis and how we’ve done something alone when didn’t have to do it,” French said. “We did it without the proper information. And it’s going to hurt the folks that I think many people are intending to help.”

So did St. Louis just shoot itself in the foot from an economic standpoint? It depends on whom you ask.

David Wiczer, an economist at the St. Louis branch of the Federal Reserve, said the “potential cost of a minimum wage is in effect a detrimental effect on employment, which is difficult to observe in the data.” He went on to say that “if [a detrimental effect] is there, it’s very small.”

“At some point in the future, the job growth in this locality is slower than somewhere else. And that’s the result of all of these small-level decisions affirmed to not locate in one area and locate then in another area. And there is research that shows that if there is an employment effect, it often happens with a lag,” Wiczer said.

Jake Rosenfeld is a sociology professor at Washington University in St. Louis. He just moved back here from Seattle, where novice baristas and fishmongers will eventually make $15 an hour thanks to a local minimum wage increase.

“If you’re an employer in the city, and you’re only competitive advantage is paying rock-bottom wages, then yes. A minimum wage increase is going to be alarming. But there are other ways businesses compete,” Rosenfeld said. “This is a tried-and-true tactic that you can compete on things like productivity, on having the best most productive workers. And having this differential between surrounding areas actually does provide an advantage to those employers who see themselves as kind of ‘high road’ employers who take care of their employees and in return get higher productivity out of them.”

But St. Louis’ minimum wage law isn’t set in stone quite yet. A court case over its legality is set to begin in October. 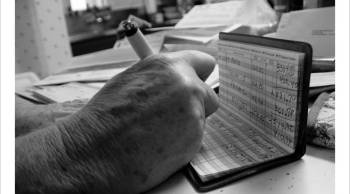