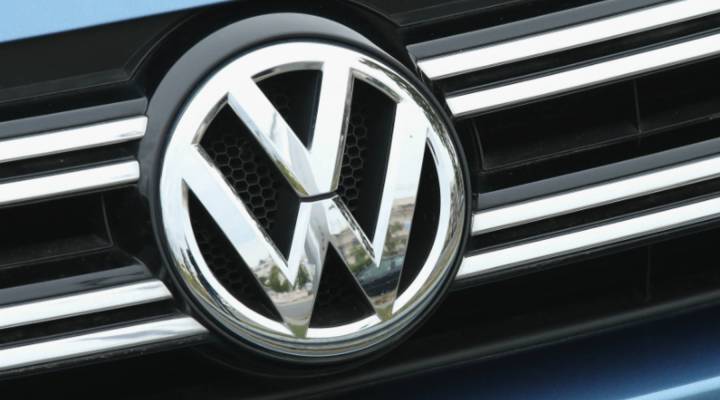 Volkswagen stunned investors by admitting that 11 million vehicles worldwide were programmed with a hack that cheated emissions testing. The company set aside over $7 billion to cover the costs associated with the scandal. Dan Neil, who covers the auto industry for the Wall Street Journal, explains what this means for VW.

On where Volkswagen goes from here:

No one knows. We really are in very unfamiliar territory. On September 14, which was a Monday night, I was at the VW AG group night in Frankfurt, and the CEO Dr. Winterkorn was there, and he was all smiles. And VW sales were immense! I mean, they sold 10 million cars last year, 12 billion euro in profit and 12 percent of the global market, and two weeks later it has all amazingly turned to ashes.

On what VW was thinking when they did this:

One of the things that’s striking about it is the brazenness of it. This is the kind of hack you’d expect from a local tuner shop. There’s a half a million cars in the U.S. that are affected and 11 million cars worldwide. This is the biggest scandal that I have ever seen in my covering the auto industry.

On how it affects the VW dealers:

VW has about 650 dealers. I imagine it’s pretty quiet in the showroom today. I think what this is, is a deceit as a business strategy. Volkswagen Group was bound and determined to sell 10 million vehicles per year by 2018. They did that last year, 2014, but they had to move aggressively in the United States. Part of their move in the United States was to push diesel powers. That was their strategy and, obviously, corners were cut. I think this is going to send Volkswagen back to Audi territory back in the ’80s for a while.

On how this affects diesel’s reputation:

This is very bad advertising for diesel, and a lot of people like myself, and a lot of green consumers feel completely taken advantage of. They bought these cars to be green, and now they find out that there’s up to 40 times more emissions than a compliant car. I think diesel, it’s fair to say, is on its way out.

On this being an existential threat to VW:

I’ve seen so many car companies come back from what seemed like certain death. General Motors certainly looked like a dead man walking a few years ago, and today it’s one of the biggest and most profitable car companies. It’s hard to count out the enormous stake in the ground that VW AG has around the world. It’s 12 percent of global market and 12 very prestigious brands, but it’s going to cost them in ways that will have a long shadow, really.