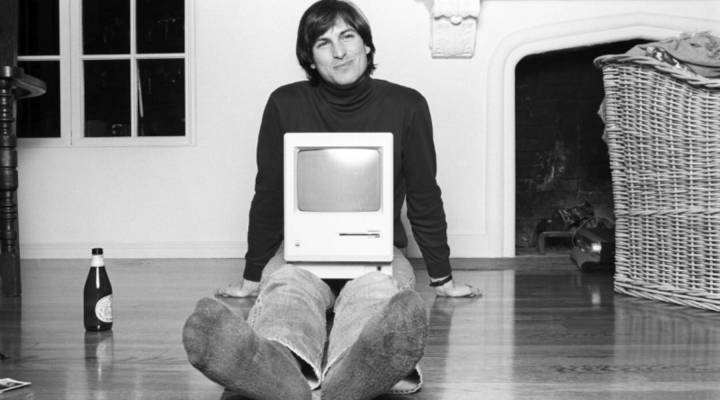 Why we cried when Steve Jobs died

Why we cried when Steve Jobs died

When Apple founder and CEO Steve Jobs died in 2011, filmmaker Alex Gibney was struck by the global outpouring of grief that followed.

“All around the world, people were weeping. And that’s rare for a big CEO, particularly the CEO of the highest-valued corporation in the world.” In his newest documentary, “Steve Jobs: The Man in the Machine,” Gibney tries to find an answer for those tears.

“I think one of the reasons we wept was that he was our guide in this journey to become more intimate with our machines, particularly our computers. So he was the personification of that long relationship that we had in a way with our own growing reliance and advocacy for these machines being part of our lives.”

Gibney chronicles Jobs’ ascent from a small computer company — a “kind of David to IBM’s Goliath” — to the global powerhouse, a Goliath of its own, today. The rise was not without complications. Jobs was not known for being a nice guy — and yet, says Gibney, many in Silicon Valley consider Jobs to be an idol, someone they should imitate.

Making this film changed the way he thinks of his own Apple products, like the iPhone 6 he keeps in his pocket.

“I tend to see more of its flaws,” he says. And yet, “at the same time I admit, I like its pretty surface, I like its zen-like black display, and there are certain aspects of it I find hard to give up. That’s the problem with the consumer junkie in all of us.”

“Steve Jobs: The Man in the Machine” is available On Demand on Friday, September 4th.

Watch the trailer for the documentary below: