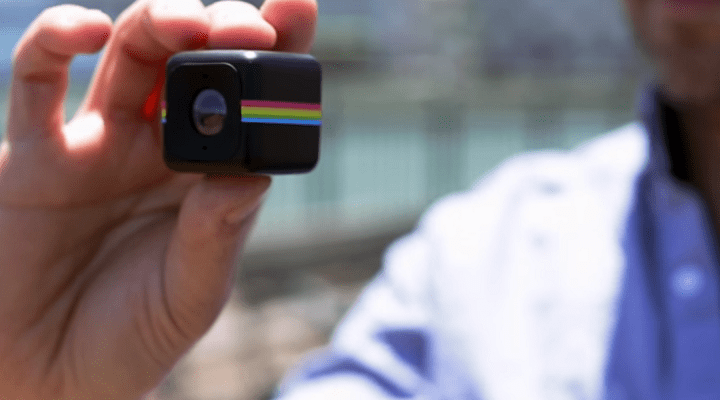 A snapshot of Polaroid’s turnaround

A snapshot of Polaroid’s turnaround

Polaroid is back in the camera game with the Cube, a tiny action camera, as well as an instant snapshot printer. As a brand, it’s name is on televisions and even a line of low-cost Android phones mainly sold in Mexico.

The company has also been raising its profile at big consumer electronics events, like IFA, happening this week in Berlin.

Since becoming CEO of Polaroid, Scott Hardy has helped put the company on a successful track.

“We feel like that Polaroid as a brand is going through a tremendous resurgence right now,” he says. It’s the company’s history that was enticing to Hardy.

“To me, it was all about being able to get involved in something that had an iconic brand. You know, Polaroid is a brand that has 100 percent awareness around the world. It’s one of the few trademarks in the world that is classified by the different international trademark offices as being a famous mark,” Hardy explains. Plus, there was the “retro cool factor.”

To stage this comeback, Hardy says the company had to expand beyond what it had always done. He says, “I also saw an opportunity to make Polaroid more than just what it historically had been.

“The brand has such power and interest and relevance with the consumer that we really just had to change our business strategy.” He notes that changing the strategy helped “effectuate a pretty successful turnaround.”

But, like so many things in the tech world, “everybody looks at Apple.” Hardy says, “Steve Jobs idolized Edwin Land, the founder of Polaroid … and what [he] loved about Edwin Land was that Polaroid was always about the intersection between art and technology. And so we’re always saying, ‘How can we take design and infuse that into our products better?’”

So the hard part then is to find this intersection in an overly saturated tech market. Hardy says that all of Polaroid’s new products “were designed to invoke emotion and be inviting for consumers to want to actually hold them and experience them.”

Plus, they’ve got one other unique thing going for them: “They have our brand DNA infused into them.”