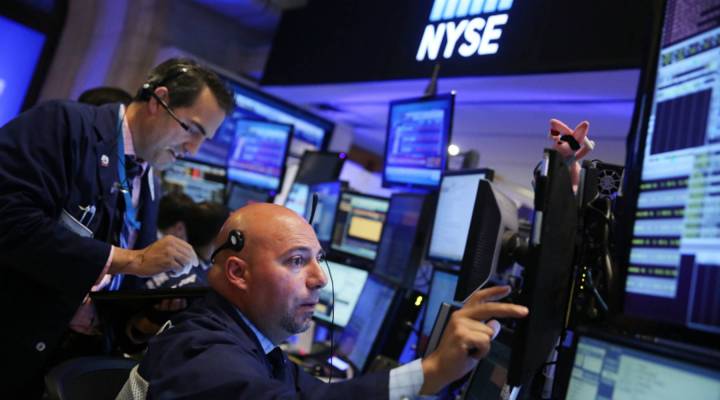 Traders work on the floor of the New York Stock Exchange on Monday in New York City.  Spencer Platt/Getty Images

Sure, you may not feel so worried about the stock market rout, now that shares are pulling higher, but that doesn’t mean things aren’t serious.

The New York Stock Exchange thought so this morning — it invoked something called “Rule 48,” a measure designed to smooth out trading and ease volatility. The rule means that market makers will not have to, as Dow Jones’ Kristina Peterson puts it, disseminate price indications before the bell, making it easier and faster to open stocks.

You may now be asking yourself what “market makers” are, which means you probably thought that the markets worked all on their own, without any help from anyone. Well, I’ve got news for you, my friend — they don’t.

Here’s a short video explaining what they do:

Markets need fine tuning just like the rest of us, and the market makers are the grease monkeys of the American stock exchanges: They put the oil in the market machine. When you show up to the market wanting to buy something exotic, they’re there to sell to you. When you’re running around trying to offload some junky stock that’s going into freefall, they’ll buy it. The market makers ensure liquidity, which is the ability to trade easily and with as little friction as possible.

So where does Rule 48 come in? To extend the oil metaphor a little further, a smart mechanic always adds oil before she turns on the engine. So market makers usually tell everyone what they think stocks are worth before the trading day starts. That way, no one starts the day fumbling around, wasting time, trying to figure out how much they’re going to have to pay or get paid. Liquidity, remember?

But on a day like today, that pre-open, price-setting activity would have slowed the market down. Why? Because global markets were getting hammered, and there was no real clarity about where stocks would open. Market makers were in danger of setting one price for a stock and then finding out that the stock was trading much lower elsewhere. That would merely have compounded the liquidity issue, as everyone would have to slow right down and figure out who was right, the market maker quoting you $60 a share or the guy on the phone quoting you $55.

By invoking Rule 48, the NYSE wanted to get out of the market’s way. And it does this reasonably often.  Zerohedge notes it did so in January 2015 (during the blizzard), in June 2012 (amid a dramatic drop in pre-open futures) and in September 2011 amid the chaotic 400-point swings in the Dow Jones industrial average.