There’s really no other way to describe them: The toilets of Japan are fabulous.

“Let’s say you don’t want to lift up the lid yourself because it’s dirty,” explains translator Kaede Kawauchi. “Then you can just use the remote control to press a button, and then it just kind of lifts up.”

Toto has customers work with “advisers” to help figure out which product is right for them. (Sally Herships/Marketplace)

And at the Tokyo showroom of Toto, one of Japan’s largest toilet manufacturers, you can have your pick. If Apple built a toilet store, this is what it might look like — white and shiny, but cleaner. Nariko Yamashita, who works in public relations for Toto, explains a complex looking remote control — one with 22 buttons.

She presses one, and a tube appears from under the seat spraying water. Not only do these toilets have built-in bidets, you can also, says Yamashita, adjust the water temperature, get a water massage, or choose a specific flushing option depending on how much toilet paper you require.

But most U.S. consumers haven’t been to Japan and don’t know there’s a whole wide high-tech toilet world out there. It’s something that has to be tried to be really appreciated, says Bill Strang, president of operations for Toto in the Americas.

So why haven’t high-tech commodes taken off in the U.S. yet? In Japan, Toto had a big leg up, Strang says. The Japanese love having options, and Toto’s Washlet is probably the best known model. It’s a toilet seat with features like a drier for your nether regions and the option to play sounds in case you need some sonic camouflage for your toileting activities.

The average price for a Washlet is around $600, but you still need a toilet and a tank. In Japan you can end up spending as much as $2,700 on your toilet, and spend consumers do. Since Toto launched the Washlet in 1980, the company has sold 36 million units. Yamashita says 76 percent of Japanese households own one.

Even before the company went high tech, it already was in the business of making toilets, so consumers were familiar with the brand.

“I can tell you how this Washlet will work,” Strang says. “I can tell you about the spray wand and how it’s going to use a warm water wash to clean you off, and how it will oscillate and pulsate, and how if it doesn’t hit the right spot you can move it around and get it to hit the right spot with that spray rinse…. I often say that I can tell you about the Washlet, but until you can actually test drive it and understand that experience, you will then be able to say in your heart what it really brings to you in way of value,” he says.

Strang says Toto’s U.S. sales are increasing by 20 percent a year, so it’s possible his pitch is working and that American consumers are now more carefully considering their commodes. 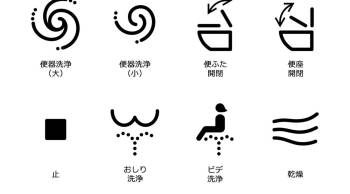