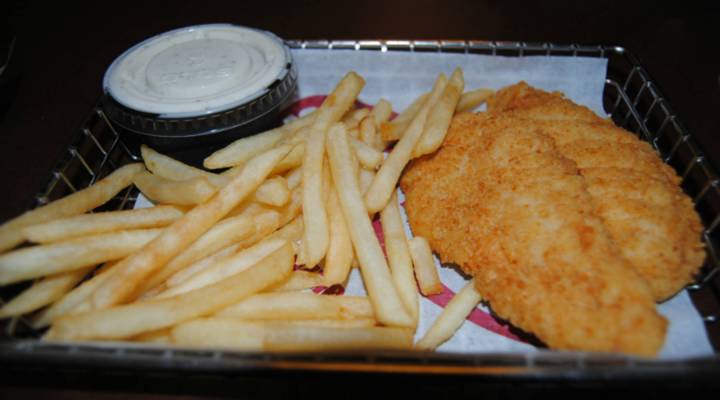 Kids’ menus: they’re salty, sweet, greasy and more appropriately portioned than lots of meals served to adults at casual restaurants. So why the age restrictions? What stops adults from just ordering the small stuff they crave?

This question came in from Rachel Kirby in Nashville, Tennessee for our “I’ve Always Wondered” series. She says she can’t be the only one who’s thought about it.

Kirby is 33, but she says she tries to order from the kid’s menu pretty often. She likes the smaller portions, and she says it doesn’t seem fair that adults are restricted from ordering off the 12-and-under menu in more than a few establishments.

Fast food restaurants typically don’t check, but she says she has been shut down before, mostly at sit-down restaurants.

“If everyone ordered off of this kids menu, then they wouldn’t make any money,” says Goodrich. He says kids menus are mainly a way to get families through the door. “If someone has small kids, you get the kid in at the lower price and what they’re hoping is that they’ll get the adults to pay full price.”

But Goodrich says some restaurants don’t want to lose loyal customers by turning them down, either. It all depends on company policies and the owner’s personal style. “It might even go back to their upbringing where they had a conservative rules-based background or more open type of environment.”

So they might let you do it, but it’s discouraged.