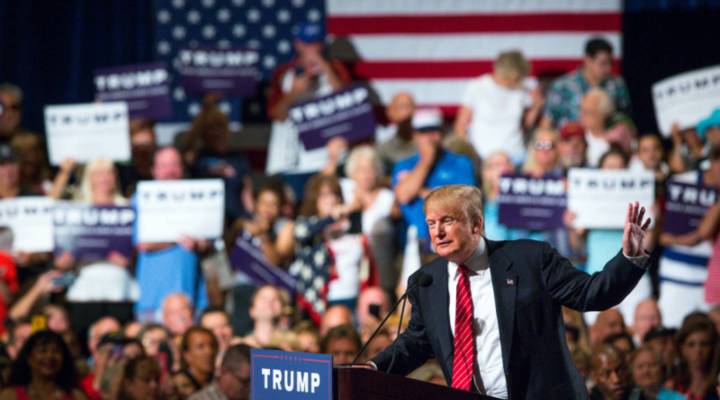 Changing the perceptions of conservative politics

Changing the perceptions of conservative politics

“I’ve talked to a political conservatives, and their opening bid tends to be ‘Hey, conservative politics might not be so great for the poor, but it makes the whole country more rich and that will just lift everybody up,’ as if this were about money,” Brooks says. “It isn’t about money. It’s about dignity. It’s about freedom. It’s about work and all the things we really care about.”

Brooks thinks that the people damaging this are people and movements that perpetuate the idea that conservatives are not compassionate — namely,Donald Trump and the tea party.

“The tea party is in the process of trying to transition from a protest movement to a social movement. And that’s going to require not just fighting against things but fighting for people,” Brooks says.

Brooks is less optimistic about candidate Donald Trump’s ability to bring good to the party.

“Donald Trump is phenomenon of an election campaign that has a whole lot of media, people that want to build up what’s effectively a political side show into something else,” he says. “There’s nothing that I regret more than somebody calling himself a Republican who is effectively anti-immigrant. I think it’s destructive.”

Despite the stereotypes conservatives face, Brooks does not see this issue of politics exclusive to the perception of the right.

“It looks like it could be another election that’s about competing pessimism,” he says. “It sounds like both parties are trying to convince their base that if they vote for the other side, it will be the zombie apocalypse,” he says. Brooks believes that there needs to be a greater change in the dialogue between the two parties. “I want conservatives — and liberals too, by the way — is to be more optimistic and compete with each other on the basis of optimism.”