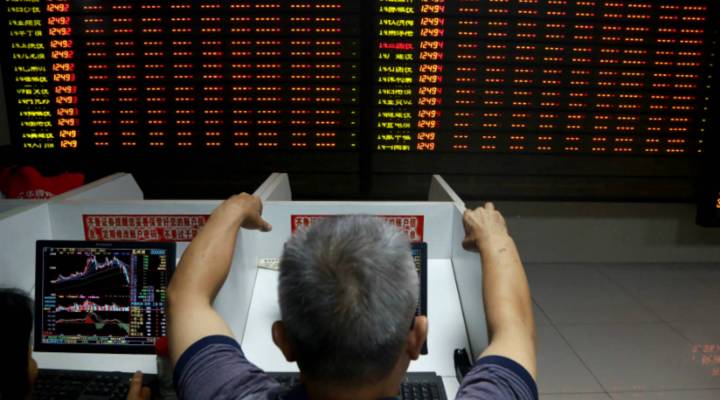 COPY
Chinese shares dropped sharply on Wednesday, with the Shanghai Composite Index slipping down to nearly 3,400 points when it opened — the lowest point of the day. ChinaFotoPress/Getty Images

Chinese shares dropped sharply on Wednesday, with the Shanghai Composite Index slipping down to nearly 3,400 points when it opened — the lowest point of the day. ChinaFotoPress/Getty Images
Listen Now

The drop encouraged the Chinese government to step in and invest money into the stock market in hopes it would fix the problem.

“It’s really kind of dumb and futile,” says Andy Rothman, investment strategist at Matthews Asia. “What’s going to worry me more is if they start intervening in the economy in addition to the stock market.”

Rothman says the Chinese government’s response to the drop was not surprising — as its responded to similar crisis like this before. But if this decline continues, could it damage China’s economy?

“Not many Chinese are actually invested in the market,” Rothman says. “There are only about 50 million active investors [out of] a population of 1.3 billion.”

And most of those investors, Rothman says, have about 15,000 U.S. dollars in their bank accounts.