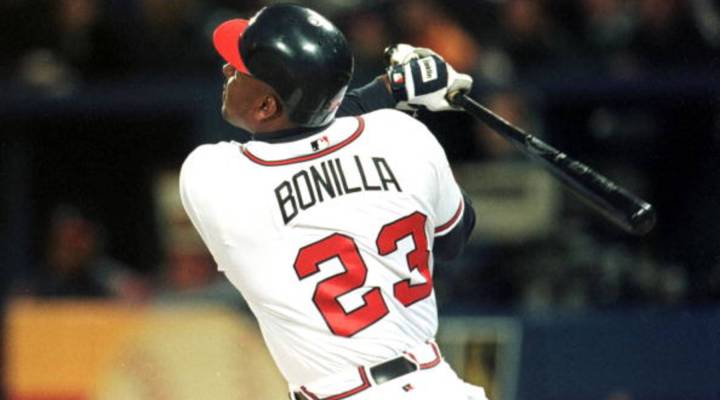 Just like the lottery, sports contracts can pay more when the profits are spread out over time. For example, let’s consider two of, arguably, the most bone-headed (or brilliant?) sports contracts of all time. The deal to fold the St. Louis Spirits has been called one of the best sports deals of all time. The contract has been so profitable that it’s used as a textbook example by business school professors. During basketball season, the deal inspires sports reporters to ask, “Would you believe a team that doesn’t exist still makes $17 million a year?”

The contract, signed in 1976, gave a small but lucrative portion of the NBA television broadcast revenues to three men. Dan and Ozzie Silna, who made their fortune in polyester, and their lawyer, Donald Schupak, owned a pro basketball team called the Spirits of St. Louis. The Spirits played for the American Basketball Association, or ABA. It competed with the NBA for players and fans. The two leagues took turns suing each other. From 1973 up until the end of the ABA in 1976, Michael Goldberg was general counsel for the ABA. “The league lurched to the finish line, kind of a bankrupt organization, exhausted, both mentally and physically, and hoping against hope that there wouldn’t be another ABA season because we didn’t know if we could muster ten teams to have a league and what have you,” says Goldberg.

Eventually, the ABA and the NBA struck a deal to combine forces. Four teams — the Nets, the Pacers, the Spurs and the Nuggets — would buy their way into the NBA. Those teams also had the responsibility to compensate the other ABA teams that didn’t make the cut. In the end, only St. Louis stood between the four teams joining the NBA. “St. Louis is holding the cards because unless they agree to something, this merger’s not going to happen for anti-trust and other reasons,” says Goldberg.

St. Louis held out for the best deal. But the teams didn’t have extra cash to sweeten the pot. So the owners of the Spirits got creative. They negotiated a cut of TV revenues expected in the future. And, here’s the kicker. They got the rights ‘in perpetuity.’ “That is something that they wanted,” says Goldberg, “because, I think that perhaps they saw, down the road, that this would be a way for them to get more money than they could have gotten from these four teams had they just kept negotiating a dollar figure.”

St. Louis negotiated a deal for one-seventh of broadcast TV revenues from each of the four teams joining the NBA. Over the years, that fraction has reportedly paid out around $300 million and counting. But back then, who knew? “The concept of cable television — Turner Sports, ESPN — these things didn’t exist. And it’s easy today to say, ‘Wow. They made a bad deal.’ But in those days it was not viewed upon that television would be the be-all and end-all as it is today for all sports,” says Goldberg.

The business landscape is always changing. That’s a lesson we see again in another notorious deal. It’s been more than 10 years since slugger Bobby Bonilla retired from baseball. Nonetheless, for the next 20 years, the New York Mets will pay him more than $1 million a year.  “It’s very easy to look at from hindsight,” says J.C. Bradbury,  author of “Hot Stove Economics: Understanding Baseball’s Second Season.”

“You go and say, ‘Well, the Mets are paying Bobby Bonilla over a million dollars a year to not even play baseball. How silly is that?’” says Bradbury. But he says teams defer payments so they can afford new, and hopefully better, players. And that’s just what the Mets had in mind.

“The Mets were building a championship team around that point in time. And what they were looking to do was defer some of Bobby’s money,” says sports agent Dennis Gilbert, who negotiated the contract for Bobby Bonilla. The Mets would spend some of that deferred money on players. But some of it went into investments. “They had a fund. Or, at least, they thought they had a fund. They were investing with Bernie Madoff, and it didn’t work out the way they thought it would,” says Gilbert.

Gilbert structured Bonilla’s payment like an annuity. Here’s where his negotiating skills mattered. He locked-in the interest rate at 8 percent. With interest, the Mets will pay Bobby Bonilla $30 million instead of $6 million. I asked Gilbert for advice in negotiating contracts. “You listen well,” he says. “You find out what would benefit the person that you’re negotiating against. Find out how they’ve negotiated historically and be a good counter-puncher.”

Sometimes a team will have its own financial motivations for trying to postpone a payment as long as possible.  “Teams want to off-set the financial obligation as long as they can,” says Michael McCann, who directs the Sports and Entertainment Law Institute at the University of New Hampshire.  “And also, in some cases, they realize that the player will no longer be on that team when that amount of money is paid. Either the player is traded. Or perhaps the owner sells to a different owner who inherits that financial obligation.”

Deferring payments can work well for athletes too. But most of them (and most lotto winners) want the money now, even if it means there’s less of it. But Bobby Bonilla didn’t mind waiting to get paid. According to J.C. Bradbury, Bonilla “basically said, ‘I don’t want to have the opportunity to spend that money. I’d like to make sure that my kids have money later on. So limit the amount of money I have now.’ It’s worked out quite well for him,”  Bradbury says.

Even if they involve a lower interest rate, deferred payments could work well for other athletes too. “I think there’s some logic to the idea that players may be better off when they turn 35, 40, 50 — to get a substantial amount of money coming in — it may be a very valuable piece of money for them,” says McCann. In 2009, Sports Illustrated reported that within five years of retirement about 60 percent of former NBA players are broke. And in pro football, the numbers are even worse. In which case, a deferred pay-day can be the preferred way to get paid.