More From This Show
0:00 / 0:00
With midterm elections approaching, help us make everyone smarter about the economy. Donate Now
Greeks in crisis

For car dealer Andreas Basilopoulos, (left) there have been some unexpected signs of life at his used luxury car showroom in Athens.

Basilopoulos has not been the only beneficiary of a curious — even bizarre — twist in economic behavior. In a country threatened with financial collapse and penury, sales of new and used luxury cars have jumped by 20 percent since the spring.

“We’ve had a lot of customers who are afraid of losing money if Greece is forced out of the eurozone and the country converts overnight to the drachma,” Basilopoulos says. “So they’ve been taking money out of the bank and buying luxury cars with it. Just to protect their wealth.”

Nikos Mertekis, editor of the Greek edition of Car and Driver Magazine, argues that it doesn’t make sense, since the cars in question are not collectors’ items. Some car experts have questioned the wisdom of this maneuver.

“I don’t think this is an investment,” he says. “A car is a depreciating asset.”

But many Greeks apparently believe that a car will depreciate less than any new currency the country may be forced to launch if Greece is booted out of the eurozone.

Car dealer Andreas Basilopoulos insists that his used BMWs, Mercedes and Porsches will hold their value, especially since customers will be able to sell them easily in Germany.

He claims it’s now much cheaper for Germans to buy a used German car in recession-hit Greece than in Germany. Oh, the topsy-turvy world of Greekonomics. 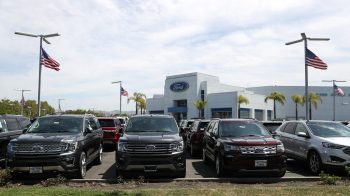 Black Friday could be a good time to go car shopping