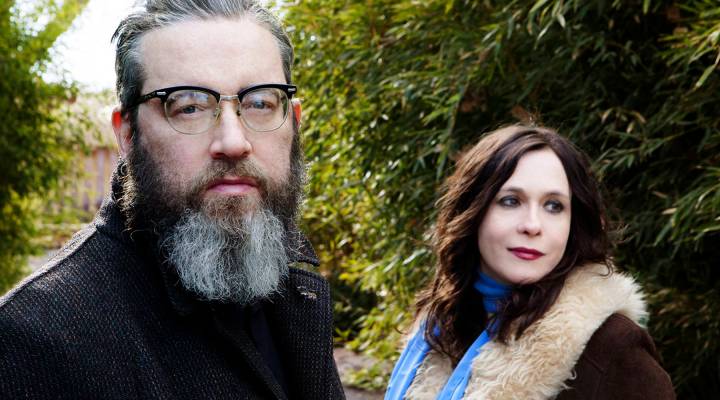 Listener Cathy Lane wrote in with a question about music: How much do songwriters and performers earn when their music is used as a television theme song? Are they paid for every episode?

It’s a simple question with a complicated answer.

The song was Portnoy’s first big break. It also happened to be the most successful thing he’s ever done. Portnoy says his license plate actually reads: 1HIT1DR.

But that’s not such a bad thing. Portnoy gets paid every time the song plays. In recent years, the song has been licensed for commercials — selling cars, Dr. Pepper and even insurance. He won’t say how much he has made off this one song. But he will say that it’s enough to live off of. Portnoy is now 59; he says he enjoys a simple life outside of New York City where he collects Japanese Maples and mid-Century studio pottery. And he never misses an episode of Judge Judy.

Entertainment lawyer Josh Grier has represented the B-52s, Elvis Costello, Diana Krall and others. He says writing one theme song for a hit show that plays over and over again can basically fund your retirement.

“Yeah, you don’t make hundreds of thousands of dollars, you end up making millions of dollars,” Grier says.

Jonathan Wolff wrote the theme music to a show that always seems to be playing somewhere — “Seinfeld”.

“My royalty statements are hundreds and hundreds of pages long from who knows how many countries,” he says.

Wolff has calculated what that one show has made him, calling that number “a happy secret.” Thanks to the royalties, Wolff retired early and moved his family to Kentucky. Wolff stopped taking calls from Hollywood and started coaching little league.

“We decided that we were going to challenge this notion that there’s no such thing as enough money,” Wolff says. “We decided how ever many marbles there are in 2005, that’s what we’re going to leave with.”

How those royalties are calculated is a complicated business. There are whole organizations that specialize in tracking, collecting and distributing royalties for songwriters.

“I think the simplest thing to say is the more often it’s played, the better,” Grier says. “And if it goes into syndication, then it just becomes a constant flow of royalties.”

“We were surprised, that’s for sure,” Brett says. “I think we initially deleted the email thinking it was some kind of joke.”

The Handsome Family released the song “Far From Any Road” in 2003. About a decade later, HBO used the song as the theme of the first season of “True Detective.” It was never considered one of the band’s more popular tunes, but since airing repeatedly on HBO, Rennie estimates the song has earned more than all their other songs combined.

Perhaps the biggest benefit of all this exposure: Tons of new fans. And a lot of these new fans buy records. Digital sales for the Sparks’ label Carrot Top Records increased nine times what it was making before “True Detective” — thanks in large part to the Handsome Family’s music.

“Years ago, people wouldn’t look to a TV show or a movie or a commercial to find new music, but nowadays, they do,” Rennie says.

“Yes, but nowadays, it’s perfectly fine, so people do find us that way and become great fans of our music,” says Rennie.

While it’s a wonderful song, “Far From Any Road” was not exactly a hit at first. If it were, it’s fair to say HBO would have had to pay a lot more. Entertainment lawyer Josh Grier says to license a popular contemporary song, a TV network would probably have to pay six-figures. But he says, for the most part, the actual price tags are confidential.

Still, for every theme song that gets stuck in your head — and earns the songwriter a steady income — there are dozens more sitting on studio shelves, written for canceled pilots or short-lived TV shows.

“The universe has to shine on every aspect of it,” Gary Portnoy says. “It’s not just you wrote a magical song, but somebody wrote a magical script and somebody cast it well, and people took to it. So yeah, I’ve got a few TV themes that I think are as magical but probably no one’s ever going to hear them.”

Like this theme for the show “Marblehead Manor” that aired for one season in the late 1980s.