Walmart turns up the heat … literally.

Walmart turns up the heat … literally.

That’s how many stores H&M plans to open this year, surpassing last year’s number of 379. But perhaps most notable of those new outlets will be a planned opening in India. With a $41 billion market for clothing, and a demand for affordable apparel, India is a natural fit for the company. As Quartz reports, the hold-up on H&M entering India has had a lot to do with (you guessed it) location, location, location.

That’s how big the population Williston, North Dakota has become, doubling during the last oil boom cycle. But it’s experienced its share of busts as well, and with oil prices down, some local officials think the town should be prepared for the other shoe to drop. And with $300 million in debt from building new roads and a water-treatment plant to accommodate the influx of people and industry, they’re worried about what happens next.

That’s how much Walmart has agreed to raise the average store temperature in the majority of its stores. It was one of a few concessions as workers protested ahead of the annual shareholder’s meeting. As the New York Times reports, agreements were made on everything from uniforms to what music is played.

That’s the market capitalization of T-Mobile US Inc., which sits just below the $33 billion figure for Dish Network Corp. In what could be the latest in the massive media mergers of late, the Wall Street Journal reports that the two are in talks about joining forces.

That’s how robots are gearing up to compete in a Pentagon-sponsored competition taking place on Friday and Saturday. Challenged with completing disaster-related tasks for $3.5 million in prizes, the robots represent teams from around the world. But as the BBC reports, a team representing Google has pulled out of the competition, with rumors circulating that they had reservations about participating in a military-sponsored competition. 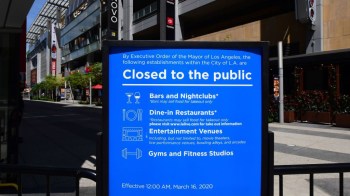