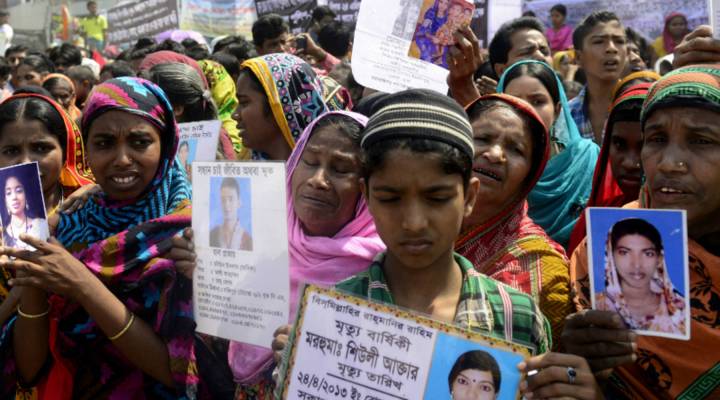 More than 1,100 garment factory workers were killed and more than a thousand more were hurt in the 2013 collapse of the Bangladesh plaza that made international headlines. It was the worst industrial catastrophe in the history of the country. Now, 42 people are facing charges ranging from building code violations to homicide; 17 of the individuals face murder charges.

The Bangladeshi government alleges that the Rana Plaza factory’s owner Sohel Rana, as well as several government officials, ignored warnings about the building’s safety issued just one day before. The reason? They did not want to risk a lull in productivity.

“The reaction so far is very positive from different quarters,” BBC reporter Akbar Hossein tells Kai Ryssdal. He adds that expectations are tempered, however, because the trial process is expected to take a long time.

The factory disaster reignited a global conversation about the safety regulations in garment-producing countries. More than 3,000 safety inspections have been carried out by American and European clothing manufacturers in the wake of the collapse. Hossein notes that there have been no major disasters in the years after the accident, but he is concerned about what will happen once the buzz dies down. “How long it will continue? That’s a big question.”