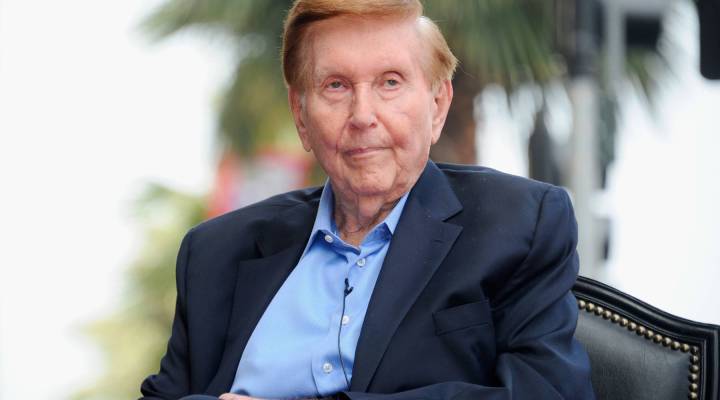 COPY
Executive Chairman and CEO of Viacom and CBS Corporation Sumner Redstone attends a ceremony honoring him with a star on the Hollywood Walk of Fame in March, 2012 in Hollywood, California Alberto E. Rodriguez/Getty Images

Executive Chairman and CEO of Viacom and CBS Corporation Sumner Redstone attends a ceremony honoring him with a star on the Hollywood Walk of Fame in March, 2012 in Hollywood, California Alberto E. Rodriguez/Getty Images
Listen Now

If you were to ask Sumner Redstone about what happens to his media empire when he’s no longer with us, his answer would be simple: he doesn’t plan on leaving. Sumner Redstone intends to live forever.

The story of how Redstone came to take the helm of two media giants, Viacom and CBS, is about as unfathomable as the man himself; he took his father’s movie business and turned it into one of the largest chains in the country. He bought CBS, and then turned around and bought Viacom as well. Now, at 92 years old, Redstone seems to be slowing down.

“Sumner is the chairman of both companies,” says Vanity Fair contributor Bill Cohen, who penned the story “Endless Sumner,” about Redstone’s succession plan. “I think you’re starting to see signs of real and material deterioration.”

He says that rumors abound that Redstone may soon be headed for that great boardroom in the sky. Redstone’s staff at Viacom, meanwhile, say he’s still “sharp as a tack.” So what becomes of CBS and Viacom without Redstone? Cohen says this about Redstone’s plans: “[He] has put his ownership stakes at both Viacom and CBS into an irrevocable trust that kicks in when he dies… I think it is probably a good bet that Shari [Redstone] is likely to become the chairman of both Viacom and CBS.”

Listen to Kai Ryssdal’s interview with Redstone from 2006 below: 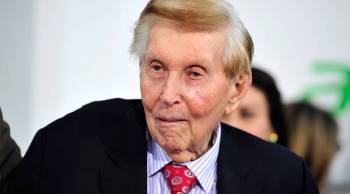