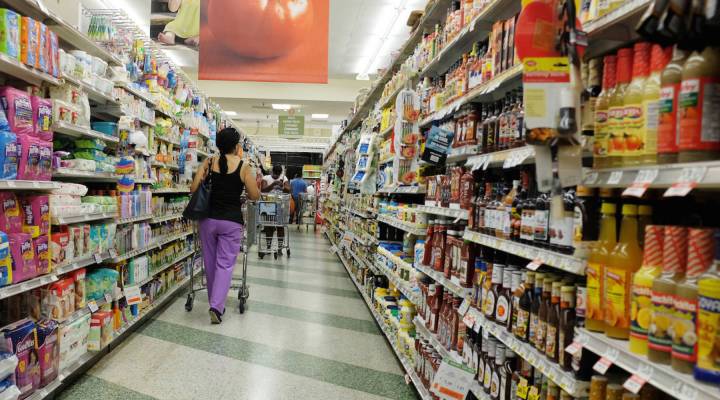 COPY
The Food and Drug Administration has issued new rules on what manufacturers need to do to keep food clean and safe. Joe Raedle/Getty Images
Mid-day Update

The Food and Drug Administration has issued new rules on what manufacturers need to do to keep food clean and safe. Joe Raedle/Getty Images
Listen Now

The guessing game over when interest rates will go up … continues. More on that. Plus, we all know what a ‘leap year’ is, but what about a ‘leap second’? On June 30th, an extra second will be added to the world’s clocks to make up for the discord between the earth’s rotation and the clocks we humans use. And while it may not seem like much, it’s a big deal to the world’s markets. Plus, residents in the struggling city of Flint, Michigan, have seen their share of hardship over the years. In addition to a catastrophic loss of manufacturing jobs and subsequent blight, the city is losing its grocery stores, making life even more difficult for its poorest residents.