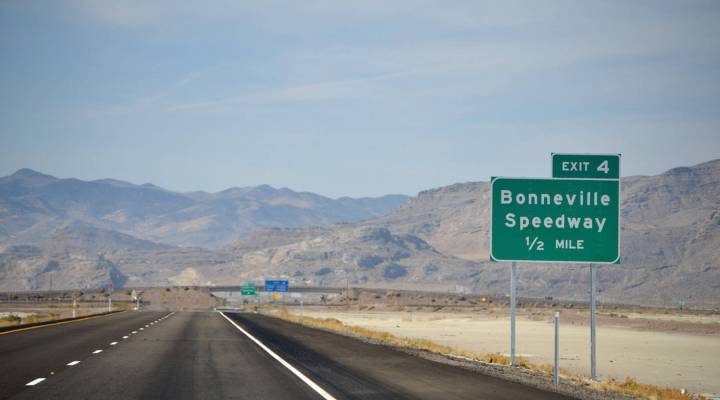 An exit off the Westbound 1-80. Countylemonade/flickr/Creative Commons
Marketplace Whiteboard®

An exit off the Westbound 1-80. Countylemonade/flickr/Creative Commons

Money continues to pour into venture capital funds. Insight Venture Partners – which has invested in Twitter, Alibaba Group Holding and Tumblr, among many others – is closing in on the completion of two funds totaling more than $4 billion, Dow Jones reports. The National Venture Capital Association reported last month that early stage investors plowed $13.4 billion into 1,020 deals in the first quarter of the year. That’s down a little from the end of last year, but it’s the fifth consecutive quarter that funds have invested more than $10 billion of venture capital in a single three-month period.

The fund managers who decide where to put all of this money insist on answering two questions before they put money to work.

Second, how can investors in the company make lots of money? That sounds pretty obvious, but there’s a subtle point to make here: this is about the investors making money, not necessarily the company making money. The fact is that investors don’t actually care that much about whether the company they’re investing in can make any money at all. What they do care about is whether the company can increase its market valuation (i.e. what other investors think the company is worth), so that when the VC investor sells her shares, she walks away with a lot money than she committed in the first place.

This is called the exit strategy, and it is one of the first issues that investors will address when they consider committing capital to a startup. They’ll all be sitting around an oval table made of some expensive hardwood, and someone will ask, “what’s the exit strategy?” What this means is, “Dude, what’s the plan for getting out of this investment with a lot more money that we’re putting to work in the first place? Please tell me you have a plan, because if you don’t, then we’re not.”