How much are our feelings worth?

How much are our feelings worth?

“It’s not an exaggeration to say, ‘As goes the consumer, so goes the economy,’ ” says Scott Clemons, chief investment strategist at Brown Brothers Harriman Private Banking. That’s why consumer confidence is one of the leading economic indicators; it tells us how consumers feel about the economy and what their expectations are, which are clues on how the economy is doing and where it’s going.

But that consumer survey data isn’t free. At least, not all of it.

“The top-line data we release publicly for anyone to avail themselves of,” says Lynn Franco, director of economic indicators at the Conference Board, the source of one the Consumer Confidence Index – one of the two most widely known consumer surveys.

While the top line, or general data, is free, more information will cost you. “What folks are subscribing to then is the more detailed information,” says Franco.

The Conference Board’s subscriptions to its in-depth data start at $629 a month.

That pales in comparison to what the other major source of data charged recently. The University of Michigan’s Institute for Social Research, which creates its Surveys of Consumers, charged Thomson Reuters more than $1 million a year up through 2014.

That, however, was for exclusive rights to the data. Thomson Reuters, with the cooperation of the university, supplied the data early to investors who paid extra – on the order of $5,000 per month. These subscribers had only a two-second head start, but that was plenty of time for electronic traders.

Since January, the university sells its detailed data to Bloomberg, and offers its general data for free simultaneously on its website. While the contract with Bloomberg is not exclusive, Bloomberg is the only one buying the data. The firm ended the practice of selling early access.

“It ranges from economists to government agencies to retailers,” says Franco.

Economists such as Kristin Reynolds with consulting firm HIS uses the data in conjunction with troves of other data points in forecasting. “We try to look at a trend and look for changes in the direction of the economy,” she says.

That’s gold for just about any industry – all from our feelings. 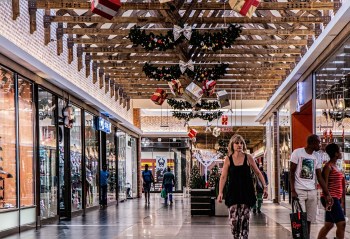