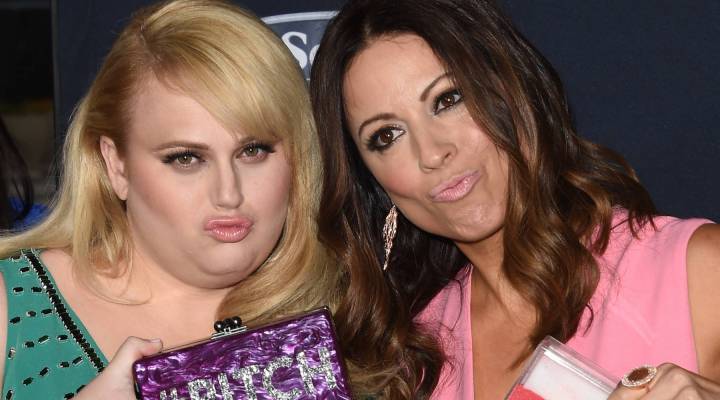 When “Pitch Perfect,” the film about a female college a cappella group came out in 2012, it was considered a surprise hit at the box office. When its writer, Kay Cannon, heard that the studio wanted to do a sequel, she says she was not only terrified, but,  “I thought I was going to barf.”

Cannon has a background in improve. She performed at Second City in Chicago, and later in Las Vegas. She credits Tina Fey for launching her career as a writer.

“I started writing because I wasn’t getting things as an actor,” she says. “I wasn’t like pretty enough to be the ingénue, I wasn’t ‘character’ enough to be the goofball sidekick, I’m kind of ethnically ambiguous.”

She says she decided, “I’ve got to literally write my own ticket.”

And that’s where Fey comes in. Fey read some of Cannon’s work and asked her to be a writer on “30 Rock.” It came with a caveat though. Fey asked Cannon if they’d still be friends if Fey had to fire the unexperienced writer. Cannon replied, “I look forward to the day you fire me.”

Since then, Cannon’s added credits for “New Girl” and “Cristela” to her resume. “Pitch Perfect” was her first feature film.

“In a practical sense, it was absolutely easier to write the second one than the first one. On a personal level, I lost my father and had a baby,” Cannon says.

The first film took her four years to write but with the sequel, she was on deadline.

“I was just happy the first one got made,” she says. “And then to see the reactions of everybody, it does feel like there’s an anticipation for this movie. It’s very exciting.”