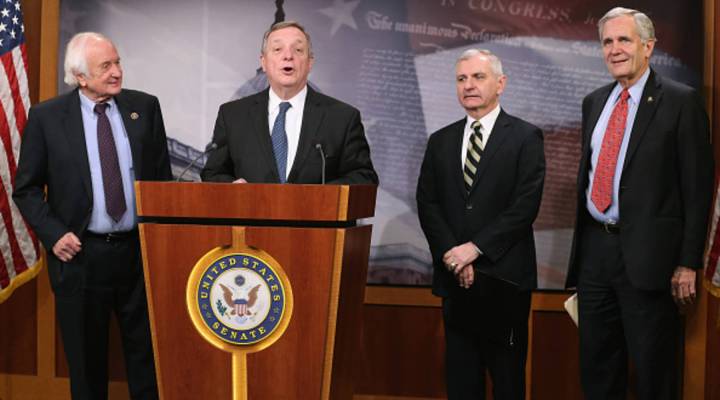 Corporate inversions: back from the dead

Corporate inversions: back from the dead

Monsanto says it has resumed merger talks with Syngenta, a Swiss-based agricultural chemical giant. And, just like that, the markets are once again abuzz with chatter about corporate inversions.

You could be forgiven for thinking corporate inversions were all but dead. In July of last year, the President made some unflattering remarks about companies that use inversions to dodge tax, and then followed up with a plan to curtail them a couple of months later. For a brief explanation on the basics of how corporate inversions work, check out this short video:

The administration’s rules did seem to make it a bit more difficult for companies to “invert.” A number of big pharma deals were jettisoned, and taking a look at the merger headlines over the last six months, there does appear to have been a significant drop-off in the rate of inversions. I say “appear,” because some good reporters who’ve kept a close eye on the M&A sector now say that the inversion business never really died down, but instead just got smaller.

This week’s Monsanto-Sygenta news, then, is just the tip of the iceberg. The incentives for companies to shift headquarters away from the US still exist, and it appears that the Obama administrations efforts haven’t cut off all of the routes to tax-dodger heaven. In fact, lawyers who specialize in corporate M&A reckon that because most of the routes to – and reasons for – corporate inversion are still intact, there’s no reason why inversion activity should be restricted to small firms. CEOs of large companies may be wary of getting singed by all the scrutiny and coverage of inversions, but attorneys and investment bankers say that if the incentives are right, there’s no significant barrier to a large company doing an inversion in the near future.