Baltimore and the cost of rioting

Baltimore and the cost of rioting

Residents of Baltimore are still cleaning up from Monday’s riots. The unrest came at the start of the tourism and convention season, and just after Baltimore had just launched a new ad campaign earlier in the month, featuring celebrities like baseball Hall of Famer Cal Ripken, Jr.

“And the second thing we want is to make sure they understand the city’s in great shape,” says Visit Baltimore CEO Tom Noonan.

But that could be a hard sell. Two conventions scheduled for this week in Baltimore were cancelled, and the city’s 10 p.m. curfew is scheduled to stretch into next week. Restaurants and bars have already taken a hit, and things will just get worse because they’ll have to close early this weekend.

“Especially for the waiters and waitresses and bar staff who rely on tips. That’s like having probably two thirds of your income just reduced overnight,” says Bernard Lyons, bar manager at Bertha’s, in Baltimore’s touristy Fell’s Point neighborhood.

And the economic damage from a riot can last a long time — just ask Los Angeles. Of course, its 1992 riots dragged on and Baltimore’s only lasted about a day, but still, the city’s economy is suffering. And outside aid isn’t likely to pour in, like it does when a community is hit by a natural disaster.

“It’s almost as if people are saying you fouled your nest, you fix it,” says Rob Baade, an economics professor at Lake Forest College who co-authored a study that says the losses from LA’s riots totaled at least $3.8 billion. 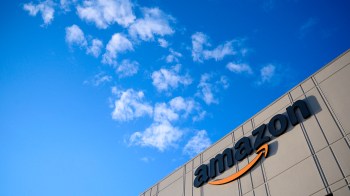