Rand Paul officially declared his candidacy for president this afternoon, as you might have heard.

To that end, he needs to raise money. Well, there’s a store already up on his campaign website, where memorabilia and trinkets abound.

You can get a pair of Rand Paul socks for $15, and “Stand with Rand” car mats for $70. Other items up for sale include an eye chart, an autographed copy of the Constitution and an NSA spy-cam blocker.

And —  it doesn’t seem his campaign staff really thought this through — “Stand with Rand” flip-flops, for the low, low price of just $20.

Also, because “that day” is almost upon us, if you’re young, ambitious, like working with numbers and are looking for a job, the Internal Revenue Service wants you.

Bloomberg reports that only 650 of the 37,000 people who collect, process, enforce and refund our taxes are under the age of 25. More than half of IRS employees are over 50-years old. 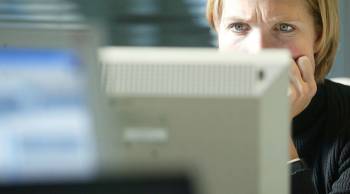