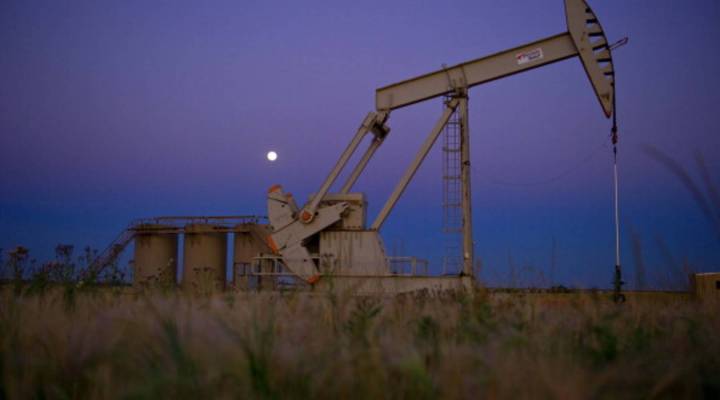 Oil prices took another dip today on Monday, a barrel of U.S. crude was back down under $48 as of Monday afternoon.

And then there’s the strong dollar.

This may sound a bit counterintuitive. Why would a strong dollar put pressure on oil prices? Surely a strong dollar gives American companies more purchasing power, which, given the size of the U.S. economy would mean more activity, which would translate to more demand, which would lead to an increase in the price of oil. I mean … surely!

The oil business does business in dollars. Which means everyone who wants to buy (or sell) oil has to do it in dollars. Why dollars? Because they’re readily available, anywhere in the world, and it makes life easy to do business in just one currency when you’re dealing in such an important global commodity.

The problem is, in order to do business in dollars you have to buy dollars. And right now, dollars are expensive. In January, a barrel of Brent crude would have cost me about $50. It would have cost my cousin Brendan, in Ireland, about 40 euro. In March, a barrel of Brent crude will cost me … about $50, but Brendan, because he has to buy dollars with his euro before he can buy the oil, ends up paying about 45 euro for that barrel.  Now, 5 euro doesn’t sound like much, but the people who by oil by the barrel usually buy hundreds of thousands of barrels at a time, and pretty soon that adds up to real money.

In other words, the price of oil may not be rising in dollars, but it’s certainly rising in euro and rubles and yen. And the higher it rises, the less the Europeans and Russians and Japanese are willing to buy. So demand falls. And as demand falls, producers find they have a surplus. And to reduce that surplus, they cut the price.

Ad that’s why, if the dollar continues to rise, the price of oil could continue to fall.