Should you procrastinate on purpose?

Should you procrastinate on purpose?

“Never put off till tomorrow what you can do today.” -Philip Stanhope, 4th Earl of Chesterfield

You may have heard some version of this quote — in school, at work, from your parents or your boss —and you may even have said this to yourself or someone else as a piece of advice.

But Rory Vaden might disagree. He’s the author of “Procrastinate on Purpose”, which aims to distinguish procrastination from priority dilution. According to Vaden, the former is a lost art; the latter is a means to mediocrity.

In the modern workplace, overwhelmed by sheer volume of tasks and an increasingly prevalent over-achiever mentality, people take on as much as the possibly can, something that Vaden argues often leaves the most important things left undone in favor of daily minutia.

In his book, he suggests that giving yourself permission to procrastinate is about reorganization and patience, by putting tasks through a funnel which allows for elimination, automation, delegation and delay of tasks before committing one’s focus. According to Vaden, offloading smaller responsibilities multiplies time for the next day.

To hear the full interview and learn more about how to procrastinate on purpose, listen using the player above. 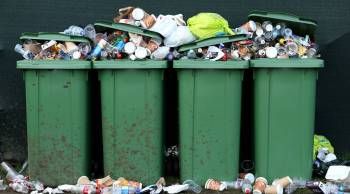 What do you waste? Is it costing you money?