The Associated Press reported on Thursday that the federal government approved powdered alcohol for sale:

The product, called Palcohol, had received the greenlight from the Alcohol and Tobacco Tax and Trade Bureau briefly last year before the bureau backtracked and said the label approvals had been given in error.

On Wednesday, bureau spokesman Tom Hogue told The Associated Press the issues were resolved and that four varieties of Palcohol were approved. But Hogue noted that states can also regulate alcohol sales in their borders.

It’s apparently freeze-dried alcohol packed in small easy to carry pouches. You can get it in vodka, rum, cosmopolitan, margarita and lemon drop flavors.

Left unexplained, is why — just kidding. I know why. 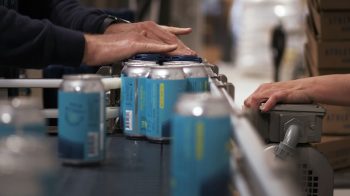