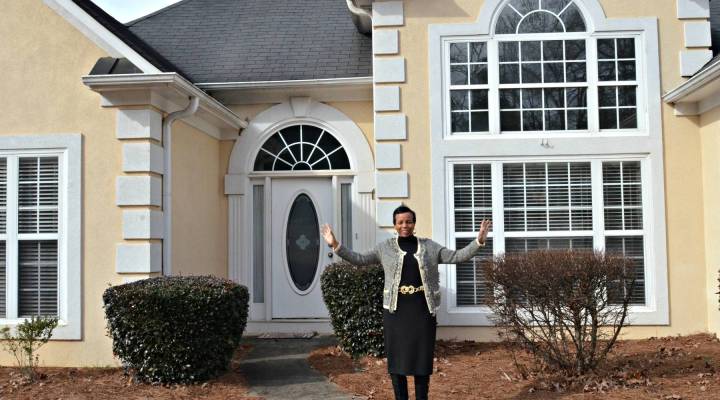 COPY
Robin O'Neil says her neighborhood will bounce back. And in the meantime, you can get a lot of house for your money.

Robin O'Neil says her neighborhood will bounce back. And in the meantime, you can get a lot of house for your money.
Listen Now

Robin O’Neil owns a four-bedroom home in what looks like a little piece of suburban paradise: the Chapel Lake subdivision in DeKalb County, east of Atlanta. The large yellow house has a generous lawn, a patio and even a little sunroom. But O’Neil, who works in real estate, says her home is worth less than when she bought it in 1997. Still, she has faith that her neighborhood, and her home, will bounce back.

The recession and the housing crash hit Atlanta hard, but since 2012 recovery has seemed imminent. Is it?

Dan Immergluck, a professor of city and regional planning at Georgia Tech, decided to investigate how and whether greater Atlanta housing was recovering. He used home price estimates from Zillow and compared three-bedroom houses in every zip code in the metro region. Home prices in zip codes Immergluck calls “the favored half” had rebounded to where they were at the market’s peak. In other zip codes, homes are still worth only about half of what they were in 2001.

Immergluck found that one of the primary differences between neighborhoods that have recovered fully and those that have recovered only partially is their racial demographics. Majority-African-American and Hispanic zip codes are recovering more slowly than majority-white zip codes with similar housing stock.

Others see more endemic and worrying factors. Dorothy Brown, a professor at Emory University’s School of Law, cites studies which show that, even before the housing crash, homes in predominantly African-American neighborhoods were likely to be valued at lower prices than similar homes in majority-white neighborhoods. Brown’s advice to those seeking to buy homes is not beware, but be smart. Make sure, she advises, that you don’t expect your net worth to come solely from your home.