2015 the best job market in years for tech grads

2015 the best job market in years for tech grads

Companies that deal in software, mobile apps, social media, and network infrastructure really never had an employment crash, even at the height of the financial crisis. Hiring slacked off, but it was still hard to recruit and retain the best-qualified engineers and computer-science graduates, especially in technology hubs like Silicon Valley, Seattle, and New York.

Now, the job market for tech workers is heating up even more. Recruitment at colleges will be up more than 50 percent this year, according to a survey by Michigan State University; the average increase in recruitment across all employment sectors is 16 percent. Engineering graduates will earn by far the most money on average in their first jobs: $63,000, according to the National Association of Colleges and Employers (NACE); petroleum engineers will be the highest-paid engineers, at $80,600. And according to the recruitment website Jobvite, the position that is hardest to fill right now is software engineer in the New York and Detroit markets, at 364 days.

At several high-tech startups we visited in Portland, Oregon, perks on offer to employees included the typical creature comforts at these firms: ping pong tables and old-school video games; free food and gourmet DIY coffee; board games and a cozy cubbie for napping.

But companies are also competing more fiercely for new talent on salary, benefits and career opportunities now than at any time since the Great Recession, says Curt LaCount of Jacobs Engineering, a 70,000-employee company that builds massive infrastructure, including oil and gas facilities, all over the world. LaCount was at a standing-room-only recruitment fair recently at the University of Portland.

“This is probably the best market for new grads in five or six years,” says LaCount. “I wouldn’t say it’s a frenzy. But companies are getting a lot more aggressive.” He says the pickup in recruitment and hiring has two causes: companies held back on hiring during and after the recession, and many older engineers are now retiring.

Dallas-based Match.com is also competing hard for new employees now, says human resources manager Lisa Nelson. She says that while having online-dating experience with one of the company’s products (the parent company also operates OkCupid and Tinder) isn’t a requirement of employment, “we have many employees that found their significant other or spouse using a Match product and they will tell their story to anyone who will listen.”

Nelson says the company is now vying for software and mobile engineering talent not only with other dot-coms, but also with companies in retail, real estate, and finance, too.

Dan Finnigan runs the recruitment site Jobvite. He says bargaining power is shifting to the potential employee in many fields. He says the companies that will be most successful at recruiting “are the ones who have redesigned their career website to be quite appealing, you can apply on your mobile device. They are targeting high-demand people the way marketers do to sell their products.” 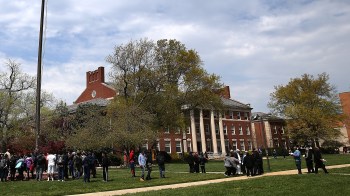