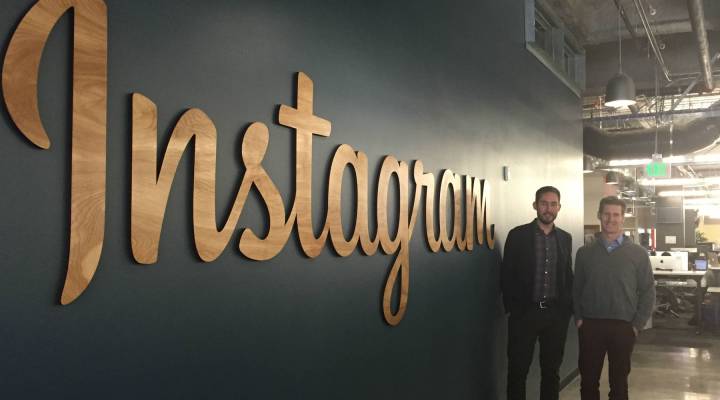 The first Instagram photograph ever was of a stray dog near a taco stand in Mexico, and is now immortalized on a table in the company’s headquarters.

The company was founded by Kevin Systrom and Mike Krieger back in 2010, and just before they launched, the pair tested their creation on a trip.

“We were on vacation in Mexico and I decided I wanted to learn how to make filters and we took a picture of a dog at a taco stand,” Systrom says. “Had I known it was going to be the first photo on Instagram I would’ve tried a little harder.”

“Someone once described entrepreneurship to me as a series of happy accidents,” Systrom says. “Initially we wanted to create a game where you checked in at places and shared where you were. You happened to be able to share a photo, but it turns out all people did was share photos. So like any good entrepreneur we spotted an opportunity and as soon as we wrapped our head around that we realized it could be a really powerful platform for expressing yourself or expressing something about a product or a moment.”

“The pictures are square because they were inspired by medium format photography,” Systrom says. “Back in the day I actually studied photography in Florence for a few months and my photography teacher took away my digital camera and said, ‘no, use this, it’s analog and it’s square.’ It was a Holga camera, a very cheap $3 or $4 plastic camera. And that’s what inspired Instagram.”

So what filter does the founder and CEO of Instagram use more than any other?

“Ludwig, it’s one of the new ones we just added and it’s very subtle and beautiful,” he says. “But the real trick is that I use the creative tools. They’re a little more advanced, but I promise you that if you use them your photos will come out better.”