Workers strike while the economy is hot

Workers strike while the economy is hot

Ports in Los Angeles and Long Beach will stop loading and unloading ships today and over the long weekend. The terminal operators and shippers say the union is orchestrating a work slowdown during labor talks. The International Longshore and Warehouse Union denies this.

Meanwhile, there are strikes at nine U.S. oil refineries. They started after contract negotiations expired. Why strike now?

Katz says this trend goes back to the late 1800s. Workers are in a stronger bargaining position during good economic times.

“Workers feel, accurately, that firms generally are earning more profits and have more to lose,” he says. “So workers feel they have greater likelihood of success if they strike during good times.”

And they’re right, he says. Workers get better strike settlements when the economy’s strong. With higher wages, and better benefits, work rules and job security. 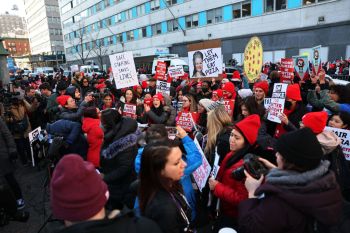