How much Royal Dutch Shell reported its earnings rose in the fourth quarter, as reported by the New York Times. But as oil prices continue to plunge, some have questioned if big oil companies would pull back on exploration projects planned in the next year or so — a suspicion confirmed by chief executive Ben van Beurden, who said the company would defer some projects and cancel others.

How much ad revenue Facebook made per user in the U.S. and Canada last quarter, the Wall Street Journal reported. Revenue is up 49 percent, thanks to the company’s incredible growth in mobile advertising. More than a third of users now experience Facebook solely on mobile. But it’s not all good news for investors: Facebook’s expenses have grown 87 percent, cutting deeply into profits.

How many workers hipster-chic company Shinola — maker of thousand-dollar watches and leather goods — employs in Detroit. The company moved to the city in 2013 as part of a bet that “Made in Detroit” would sell better than “Made in America.” So far, so good, says Shinola CEO Steve Bock. And now that Detroit’s bankruptcy is settled, other businesses are seeing the Motor City as a bargain.

How much eBay made selling drones over the past 10 months, Forbes reported. Sales spiked over the holidays, with the retailer moving an average of 7,600 recreational drones per week between Thanksgiving and Christmas, five times the average sales over the summer.

The most start-up Plowz and Mowz will charge to clear a driveway this winter. The company expected to process 2,000 plowing jobs in Boston following this week’s blizzard. Bloomberg profiled so-called “Uber for snowplows” companies, which are capitalizing on the nor’easter and trying to modernize the lucrative private plowing business.

The size of the world’s smallest chess computer program. As reported by the BBC, the program takes up about as much space as a couple imageless tweets. 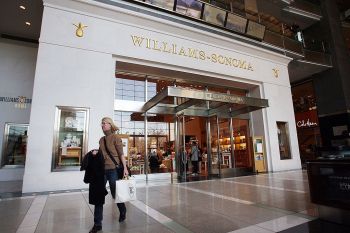